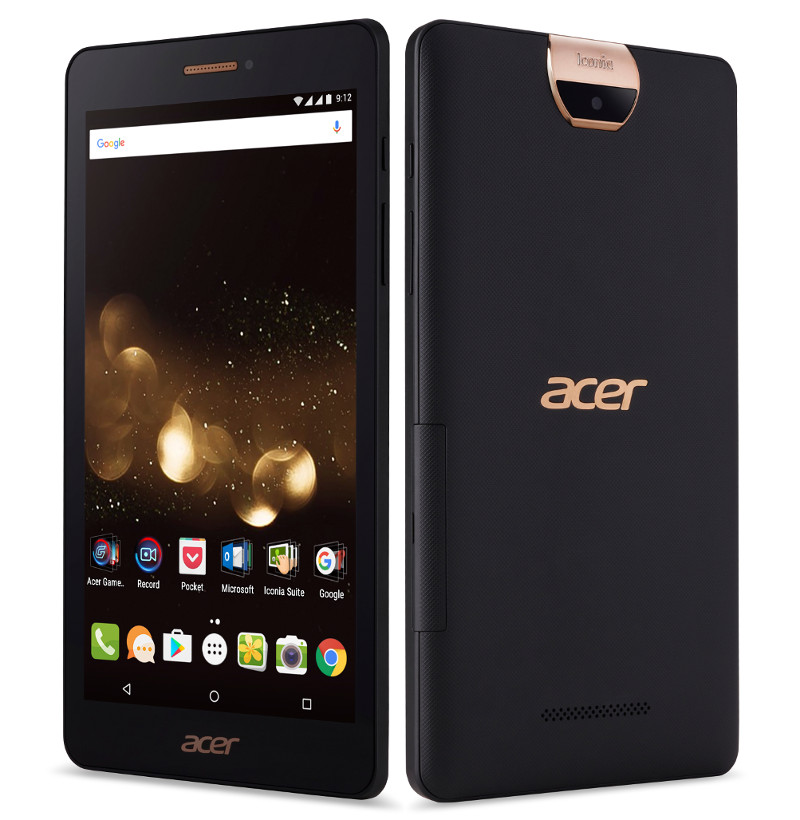 Along with two new smartphones, Acer has launched a new budget tablet also. The tablet from Acer is called the Acer Iconia Talk S A1-734.

The Acer Iconia Talk S A1-734 tablet is a calling tablet with 7-inch HD(1280x800p) display. It has 2GB of RAM in it. There is 32GB of native storage with Micro SD card support. There is 1.3GHz quad-core MediaTek MT8735 processor. It has 13MP of main camera. On the front we get 2MP camera. The device runs Android Marshmallow out of the box.

The  Acer Iconia Talk S A1-734 has been launched for 169 Euros and it will be available for purchase starting September.