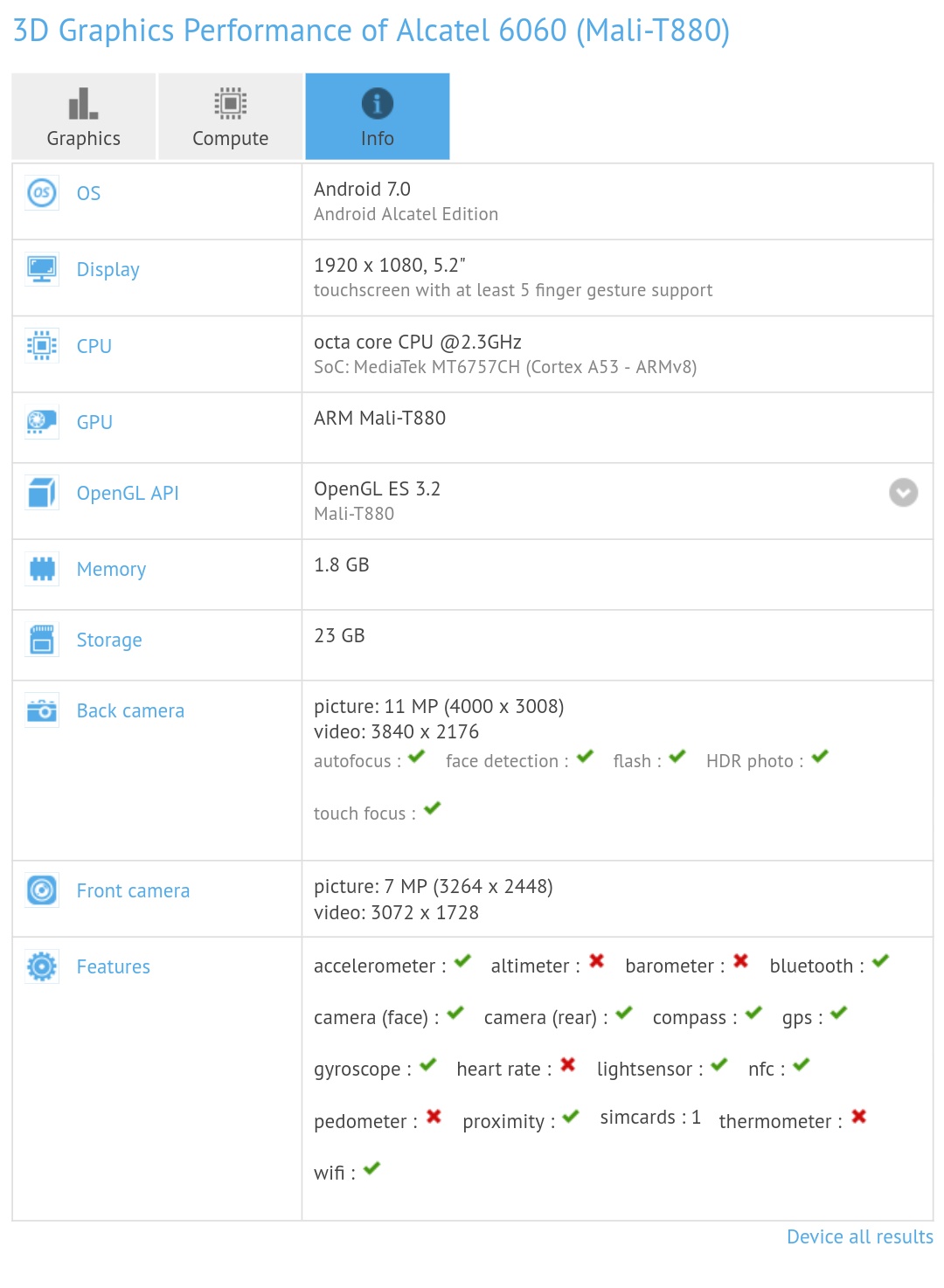 We already reported and seen the Alcatel idol 5 smartphone visiting the benchmarking site GFXbench. The GFXbench listing has shown us it’s full specifications as expected.

But now the Alcatel idol 5 has once again been spotted on the benchmarking​ site GFXBENCH which shows some changes in it. As per the new GFXbench listing, the Alcatel idol 5 comes with same 5.2-inch display with full HD resolution. The earlier listing of Alcatel idol 5 on GFXbench had 3GB of RAM but this one comes with only 2GB of RAM. In terms of internal storage, it remains the same 32GB. The other interesting changes coming to it is presence of MediaTek Helio P20 SoC Instead of Snapdragon 625 as previously reported.

In the camera department, it has got 12MP of main camera with LED flash. On the front, it has an 8MP sensor.

So this is very much clear that Alcatel is preparing to introduce two different variants of Alcatel idol 5 smartphone to us. One will come with 2GB of RAM and another with 3GB. The other major difference will be an Octa-Core MediaTek Helio P20 and Snapdragon 625.