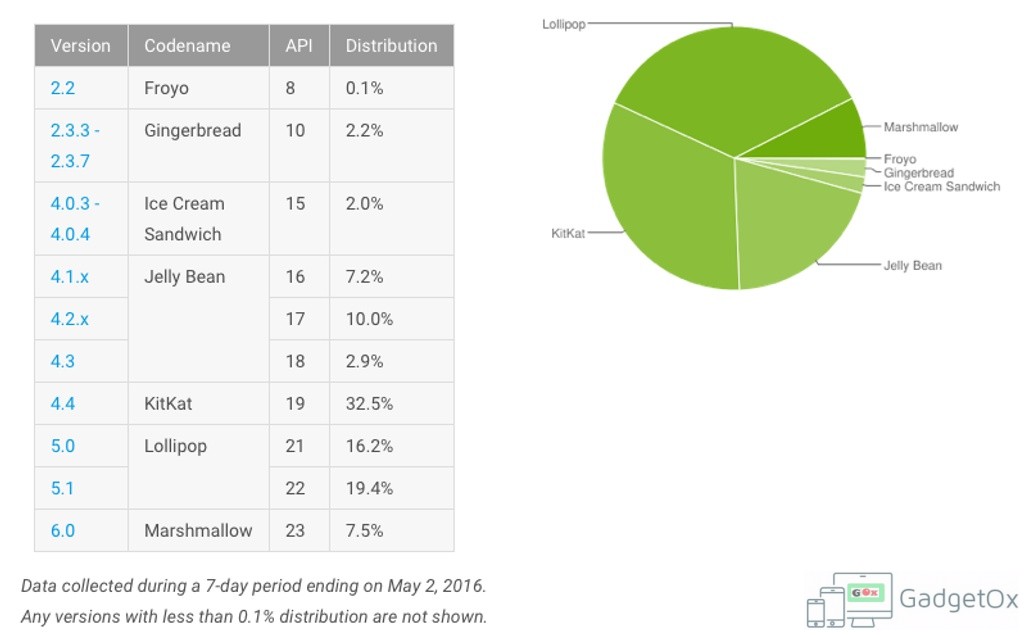 Today Google has published the data for monthly Android distribution and guess what Android Marshmallow shows a healthy growth. The data was collected during a seven day period that ended on May 2.

It is the first time that Android 6.0 Marshmallow was the only version to show growth, Lollipop has shown 0.2%  drop, previously it showed growth. Android Marshmallow (the sixth major version of Android) has seen a rise of 2.9% percent from last month to reach 7.5% now

Android Marshmallow may be up because  strong sales of devices with the newest version of Android. Samsung Galaxy S7 and S7 Edge shipped with newest Android version. Also more and more old devices are getting Android Marshmallow as update. LG and HTC’s new smarphones also now com epreloaded with Android  Marshmallow.