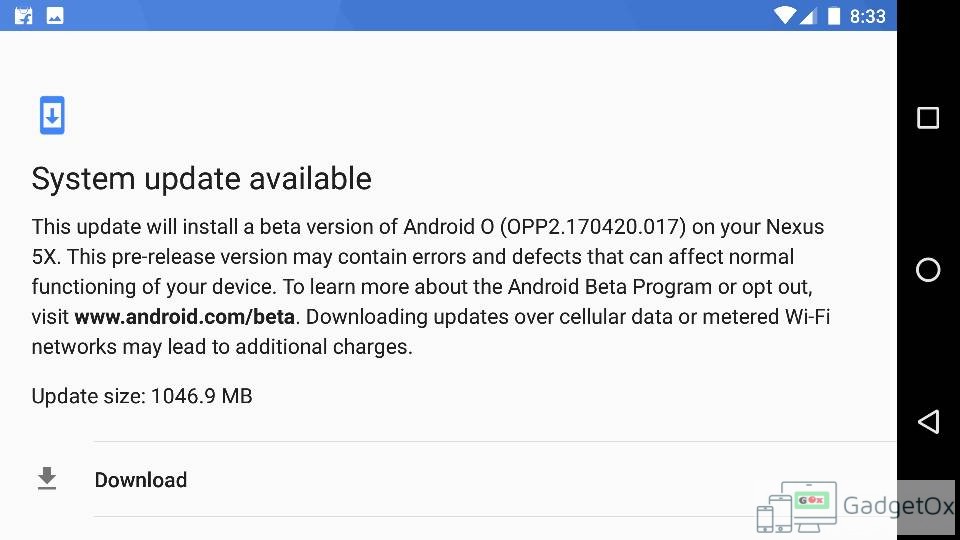 Google has made Android O Beta program live now for those interested in getting Android O Preview builds OTA. Once enrolled you will be treated to the very first OTA update which is Android O Dev Preview 2. The Dev Preview Build 1 was limited to Developers and was not made available OTA because of its highly experimental nature.

You can enroll now at android.com/beta with your device.  Android O Beta is available only on Nexus 5X, 6P, and Player, Pixel, Pixel XL, or Pixel C device.

Google has also posted a detailed changelog of Android O with new features, changes and improvements over Android Nougat. You can also check our Android O screenshot gallery to get taste of how Android O looks like.

Fluid experiences in Android O It’s pretty incredible what you can do on mobile devices today, and how easy it is to rely on them as computers in our pockets. In the O release we’ve focused on creating fluid experiences that make Android even more powerful and easy to use, and today we highlighted some of those:

Working on the Vitals in Android We think Android’s foundations are critical, so we’re investing in Android Vitals, a project focused on optimizing battery life, startup time, graphic rendering time, and stability. Today we showcased some of the work we’ve done so far, and introduced new tools to help developers understand power, performance, and reliability issues in their apps: