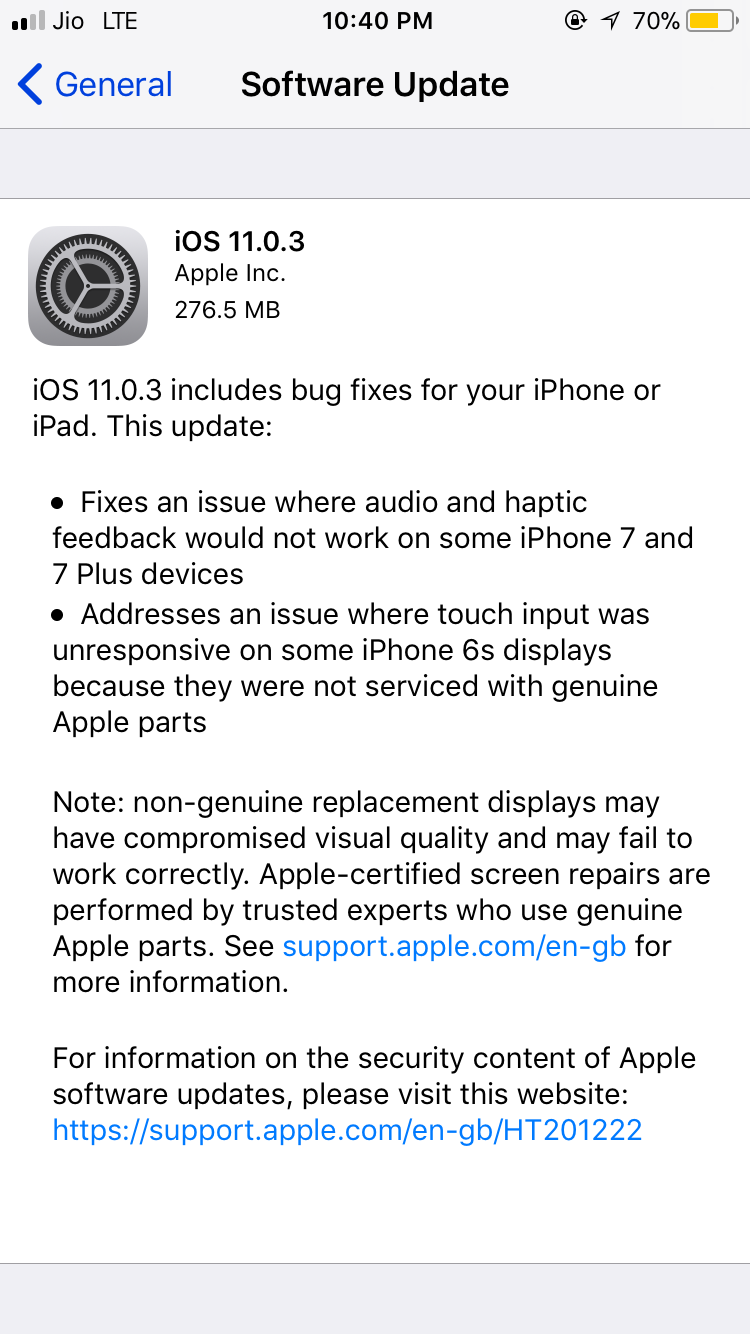 Apple pushed the iOS 11 update back on 19th September. The update was recently downloaded by us in our unit.

Note: Non-genuine replacement displays may have compromised visual quality and may fail to work correctly. Apple-certified screen repairs are performed by trusted experts who use genuine Apple parts. See support.apple.com/en-gb for more information.