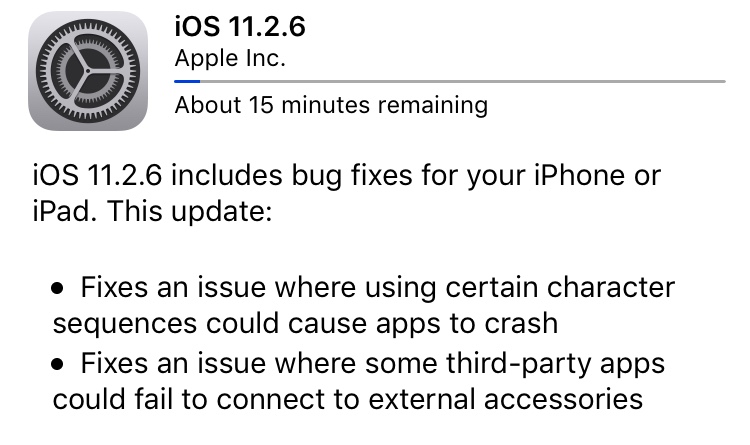 It seems iOS 11 is the most buggy iOS ever from the company. Apple keeps pushing new updates yo the iOS 11 because it brings many bugs on board.

Last week it was reported that users around the world are facing an issue with messaging when they teceirea message with a special Telgu text in it, the iPhone gets crach. The iOS 11 had already seen many such bugs.

Buy as always, apple listens to you and has now officially released a new update for this issue. The latest update comes as iOS 11.2.6 for the eligible iOS devices. It brings two major changes, one is the telgu character bug fix and the other one is issue with accessories connection with some third party apps.