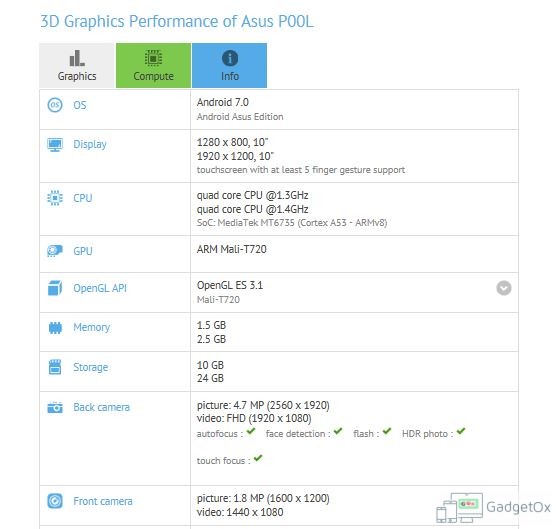 Asus may be launching two new Android-based tablets suggests a recent GFXBench listing. The tablet devices, codenamed as Asus P00L, will be running Android 7.0 Nougat out of the box and come in two different configurations.

Ram options include 3GB and 4GB, with internal storage designated as 16GB and 32GB respectively.