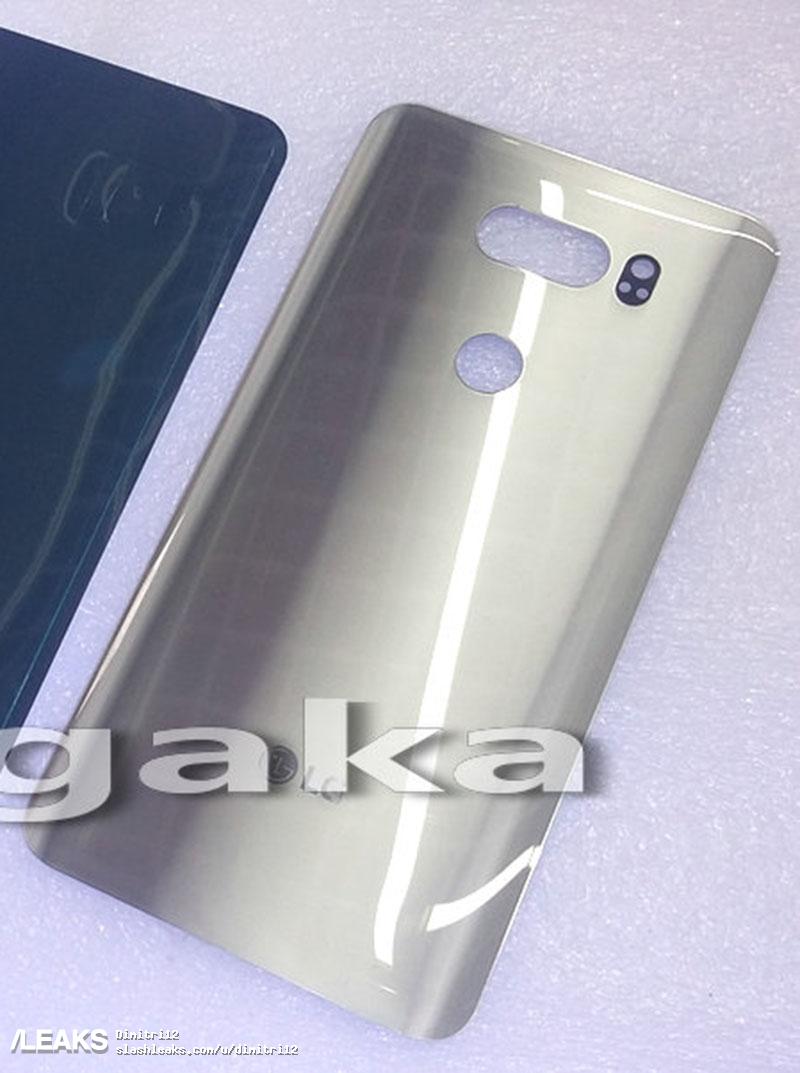 Recently we reported about the upcoming smartphone from LG. Korean manufacturer LG introduced the LG G6 as flagship product for 2017 but that didn’t do well. But we bet it is the best LG phone till date but that crown was soon stolen by Samsung with it’s Galaxy S8 series.

Now the company is preparing itself to introduce another smartphone as a true flagship. The LG V30 could be the ultimate flagship from LG as it is expected to come with latest and most powerful Snapdragon 835 chipset from Qualcomm. The LG V30 was recently leaked online with a protective case on Tha back of it. The official date of unveiling for the LG V30 is already set to be on 31st August in Berlin. The smartphone was leaked with front panel showing everything possible. It was also reported to come with 6GB RAM and Snapdragon 835 chipset.

Now we have some more news about the upcoming LG V30 smartphone. The latest leak about LG V30 brings us the back panel of the smartphone. The back panel is leaked in Gold color this time. The dual camera module which has horizontally placed sensors is clearly visible at the back of the Golden panel. Below the camera module, there is LED flash LED flash and laser auto focus points are also visible.