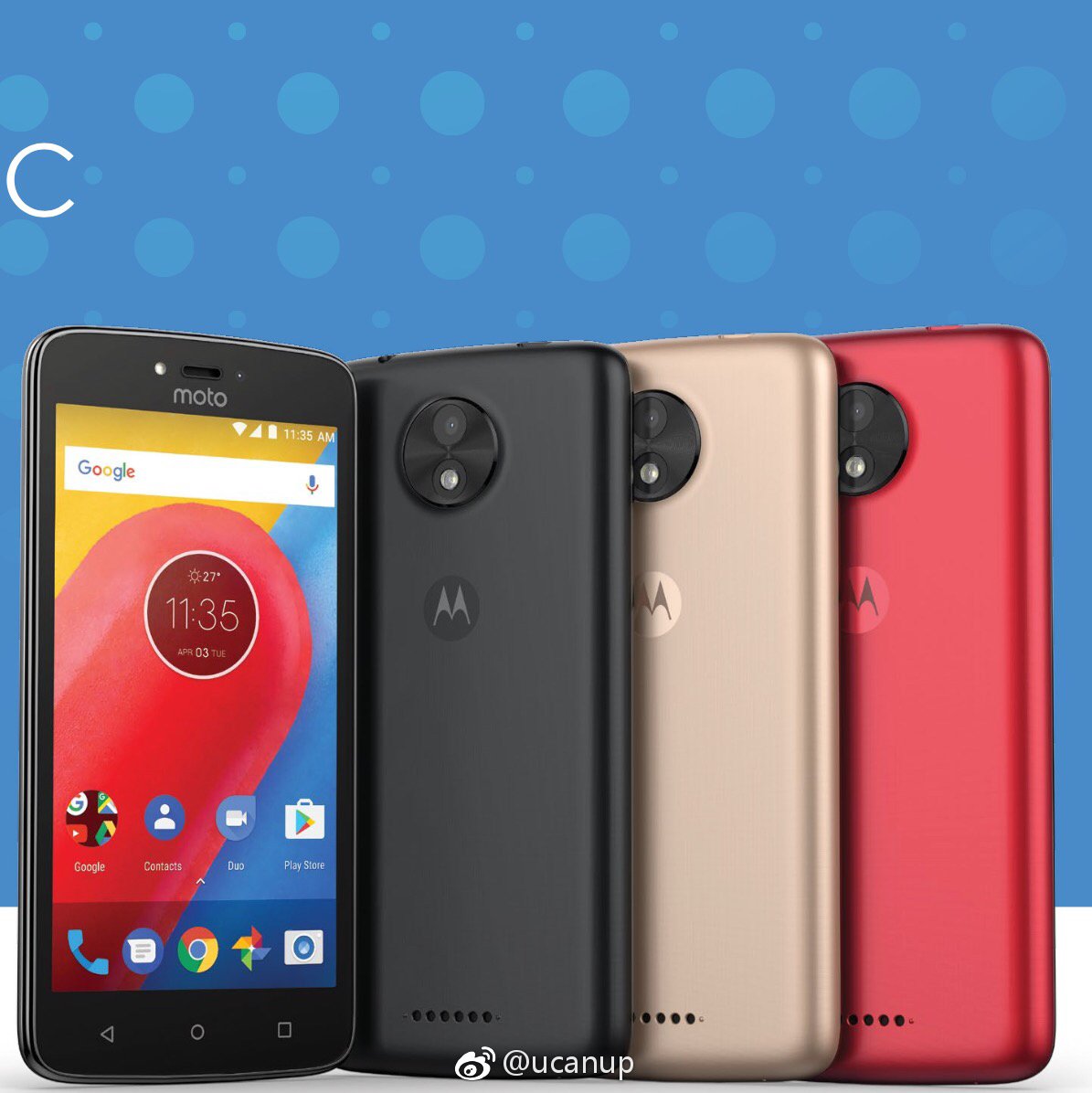 Now we are heading in a more positive direction about the Motorola Moto C. The Motorola Moto C bas now been spotted in a new HD render. The latest leak bring very first HD renders of the upcoming entry level Moto C smartphone.

As the name suggests, the Motorola Moto C is expected to be placed below Motorola Moto E series which is currently the entry level smartphone from Motorola.

If we talk about the device itself, it has a design inspired by Moto G5 series. The camera module takes up LED flash in it. The speaker grills are on the back. It brings a polycarbonate body with different colors. Batwing Moto logo is on the back like Moto G5. Front is totally similar to the Motorola Moto G5 except this one doesn’t come with fingerprint scanner.

Recently we reported about a leaked Motorola smartphone with model number XT1755 visiting TKDN. This could be the upcoming Moto C. It is safe to assume it Moto C because it has got​ a basic 5-inch display with FWVGA resolution which doesn’t fit for Moto E. It has got 5MP of main camera with LED flash and 2MP of front camera.