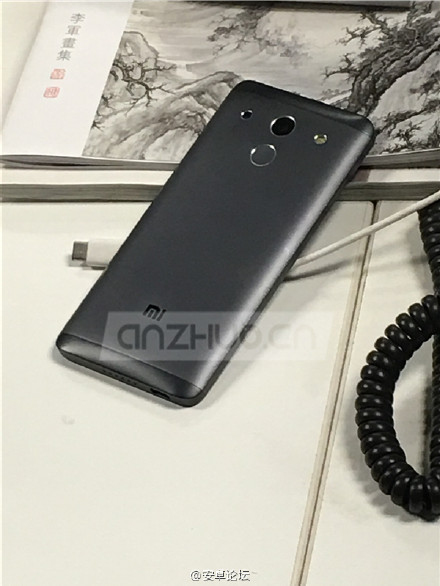 In Morning it was White Model and now it is turn of Black Xiaomi Mi5 model to break cover. Surprisingly while White Model had its front exposed, the Black has only the back exposed. Hope someone leaks both sides of a particular color model.

We have reported about lots of leaks and rumors of the upcoming Xiaomi Flagship, Mi5. The device has some leading specs and features to boast off and we even brought to you a comparison between Mi5 , One Plus 2 and Yu Yutopia. You can read all our our Xiaomi Mi5 coverage by clicking here.

Now a real-life image of Xiaomi Mi5 has leaked in China though it is not the first time that this has happened. We have seen a real-life images leaking earlier too. Check the image above that reveals the devices’ front once again.

We earlier reported that a Weibo user sharing some release data information available with them & it was 20th February launch date for Mi5. The leakster also stated  that the device will be launched on 20th February & will available just next day.

In case you are interested, here are the speculated major specifications of the Xiaomi Mi5.