Skip to content
You are here
Home > Latest Posts > News > Android News > Elephone shares some images of the prototype model of it’s bezel-less phone, could be the Elephone S8 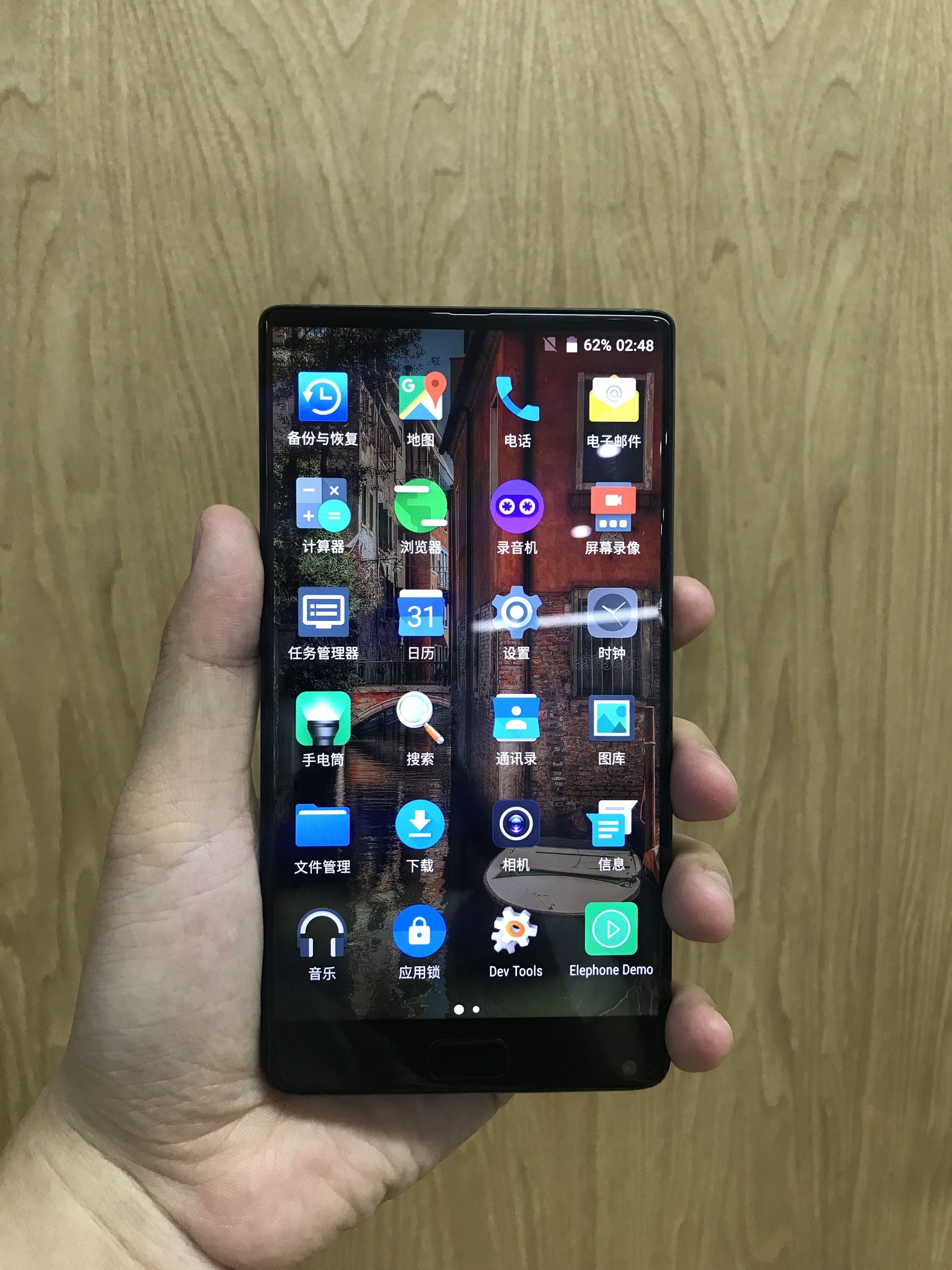 Back in late November 2016, we reported about a bezel-less smartphone from Chinese OEM Elephone was in works. The smartphone is supposed to be called​the Elephone S8. We had also shared some primary design of the Elephone S8 at that time.

Now the company has officially shared some pictures of prototype of the smartphone in real life. The images were shared on the official Twitter handle of Elephone Mobile.  The official tweet says, ” Look at this! Have a Guess!(This is a prototype model) ”

The images look stunning with bezel-less display. It has got a design similar to the Xiaomi Mi Mix. There is a fingerprint scanner located on the bottom-front portion of the device. All the images show it from front . So we can not say anything about what it’s back side looks like. But from the front, it looks amazing.

The software seems to be Lineage OS or previously known as Cyanogen OS or at least has brought icons from that. The display resolution seems to a bit off . But that maybe because of the camera used.

In terms of some specifications, the Elephone S8 will come with 128GB of internal storage. It will have a Deca-Core processor which could be from MediaTek Helio series