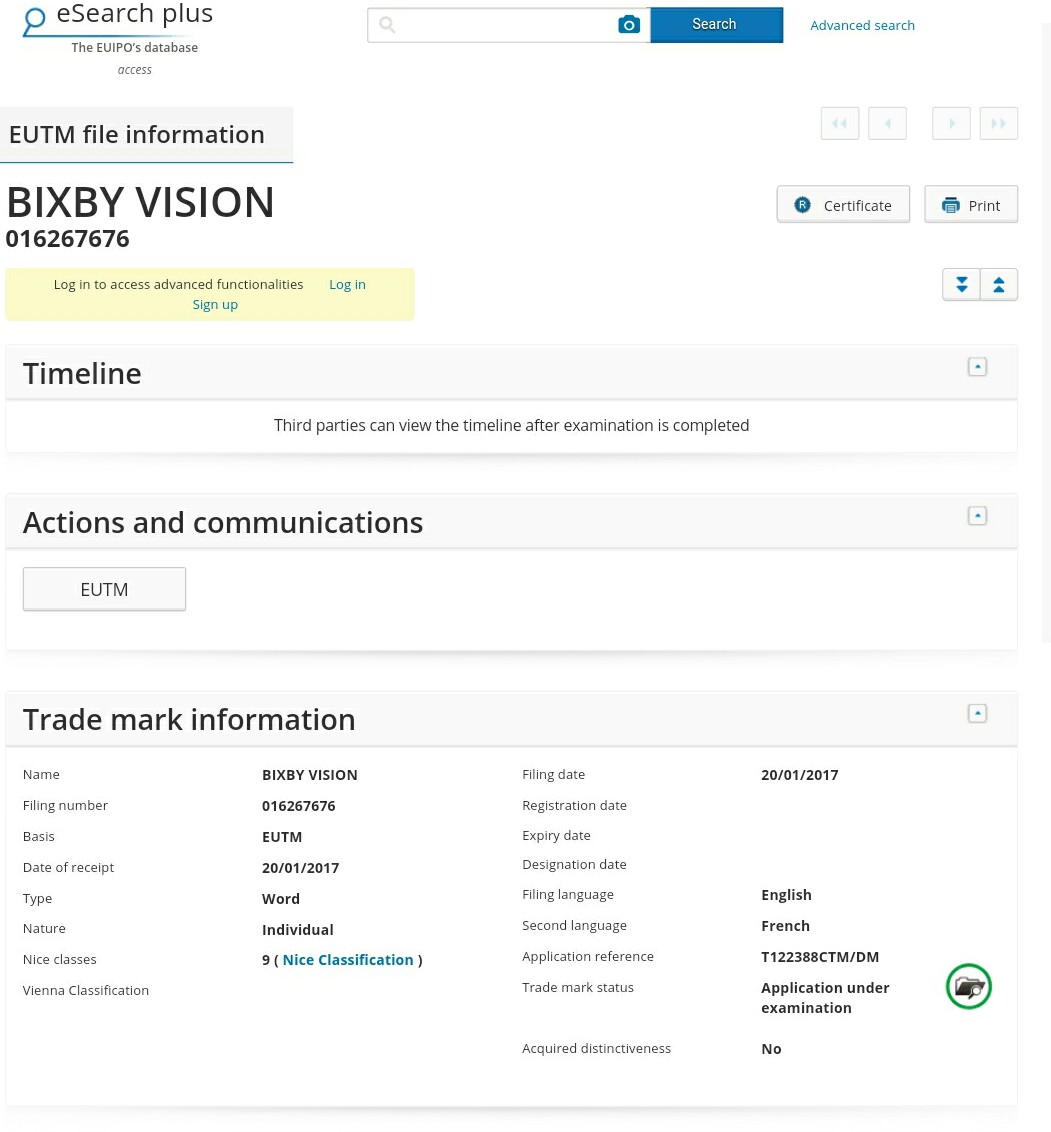 Now the rumor seems to be true as Samsung has now filed for a patent named as Bixby Vision in the European patent agency. The filed patent by Samsung has patent filing number as 016267676.  Filing date for Bixby Vision is 20/01/2017 which is just day before yesterday. Primary filing language is English while the second language is French. The owner of this patent is mentioned to be Samsung Electronics Co. Ltd.

Bixby was spotted on the Samsung’s own Samsung Pay website, which makes it more reliable and trustworthy.

Bixby mobile payment system will be reportedly made to work alongside Samsung Pay Mini, embedded in the Samsung’s own Android apps like S Health