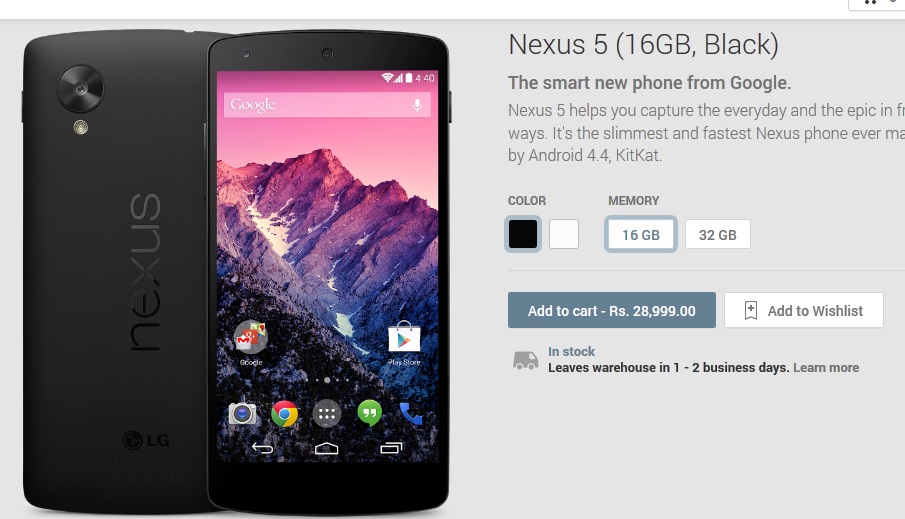 In line with Google’s earlier announcement to cover more markets globally with its Play Store, its latest devices Nexus 5 and Nexus 7 have come to India and Hong Kong. Now, before you get too excited, the pricing is a bit of downer here. So at around Rs 28999 for 16 Gb Nexus 5 in India and HK$3,198 in Hong Kong, the pricing edge is gone. One can have similarly spec devices for better prices out there locally.

So, are you still going to buy one of these. Do, let us know in comments.