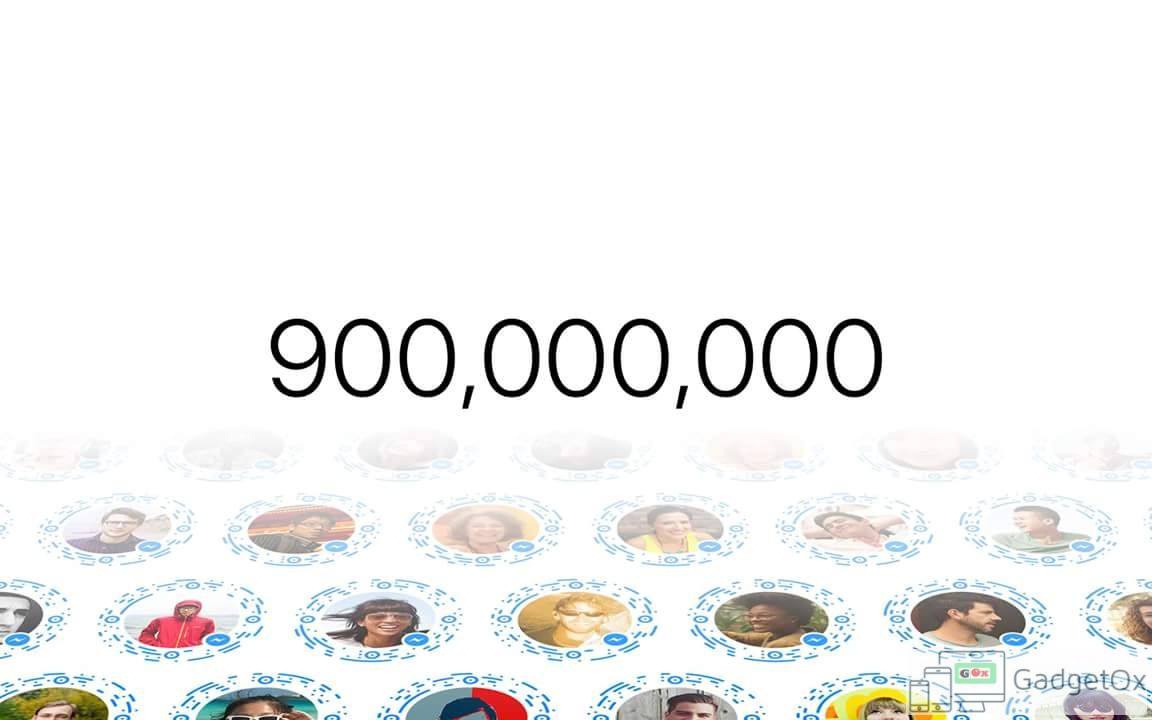 In an official post today, Facebook has announced that Facebook Messenger has now 900 million users and is inching closer to 1 Billion users milestone. As part of the celebrations next week, Facebook will not only announce some cool new features for Messenger in developer conference at San Fransisco, but a new functionality is coming to users today which may be related to usernames and m.me personal URLS.

Messenger is now 900 million people strong! Our team works really hard to build good products for our users. We rarely celebrate things – and that’s why it feels awesome to pause for just a second after crossing another huge milestone. Pause to realize how far we’ve gotten. 900M people enjoy Messenger every month!
But that’s not all. We now have over 1B (with a B) messages sent every month between people and businesses. We also are releasing new functionality today (hint: usernames, m.me personal URLs) – that we hope you will enjoy.
Back to work now – f8 (our developers conference) is in San Francisco next week. Just a few days left to get ready – we will be releasing new cool things for developers as well. — at Facebook Building 20