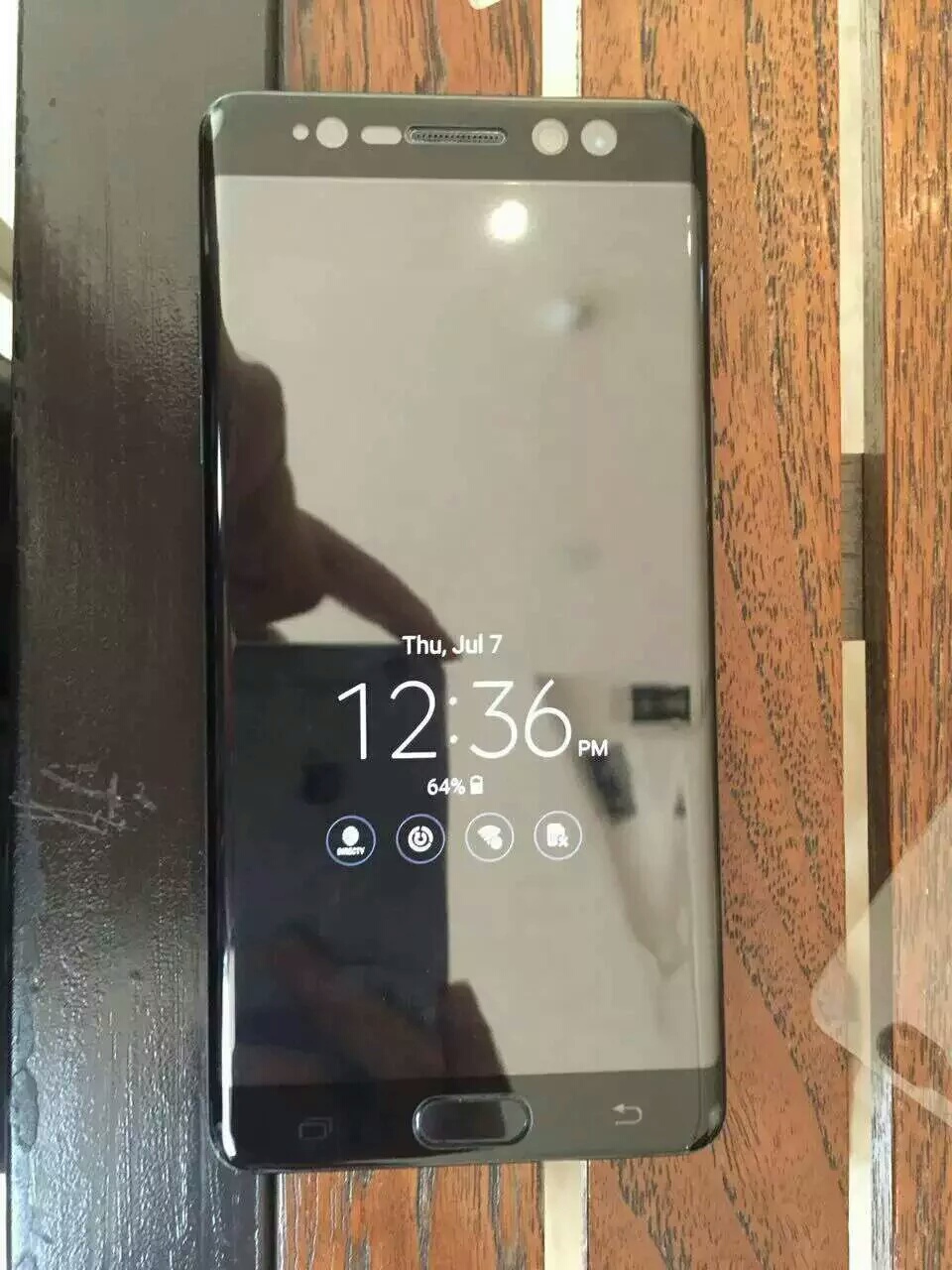 Samsung Galaxy Note 7 launch is just around the corner or to be  precise, just two weeks from now. The device has been leaked in many previous attempts. The Samsung Galaxy Note 7 is the first device in Samsung’s history when the company will be skipping a name just to streamline their product lineup.

Now the device has been leaked in real hand  on video. As per the video , the device looks pretty similar to what we have seen in previous leaks. It is having dual curved Edge display. We have already confirmed that the Samsung galaxy note 7 won’t be having any extra model. there will be just one Samsung galaxy Note 7 with all the top features. there are also speculations that the device could come with Android Nougat out of the box.

here is the hands on video for our readers to check out.

Just below the phone in the video we have 2 display panels on the table. It was already reported that the display in the Samsung Galaxy Note 7 will be equipped with the ‘Always On’display feature like the Galaxy S7 series & LG G5 also. Media launch invites were also sent by the company which also said the launch date to be 2nd August being in line with the previous rumor.