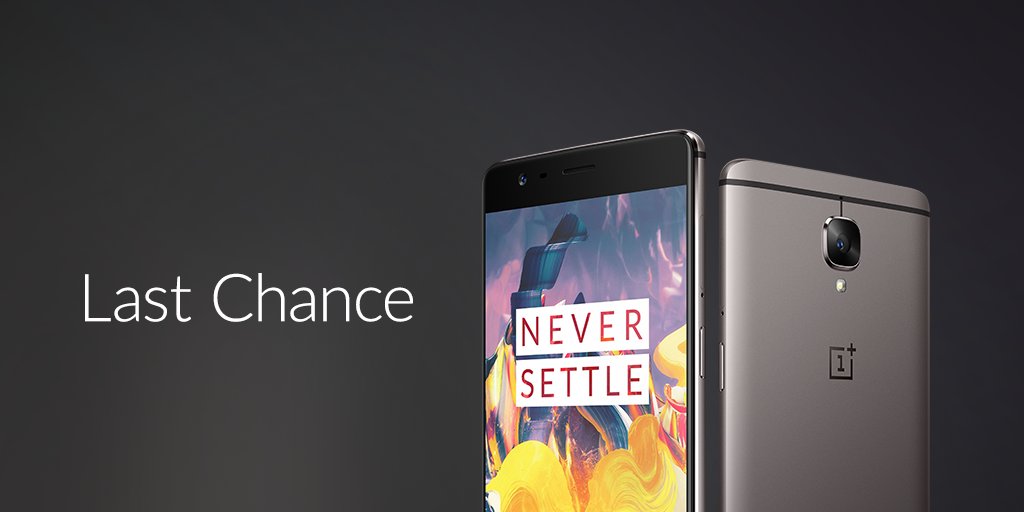 Now the company has come up with a tweet as well as post in the OnePlus forum about the OnePlus 3T. The tweet hints about imminent launch of OnePlus 5. It says, ” Almost out of stock! Don’t miss your last chance to buy the #OnePlus3T. ”

But what does that mean?? Is is officially going to be discontinued or the stock will be replenished after a few weeks or months.