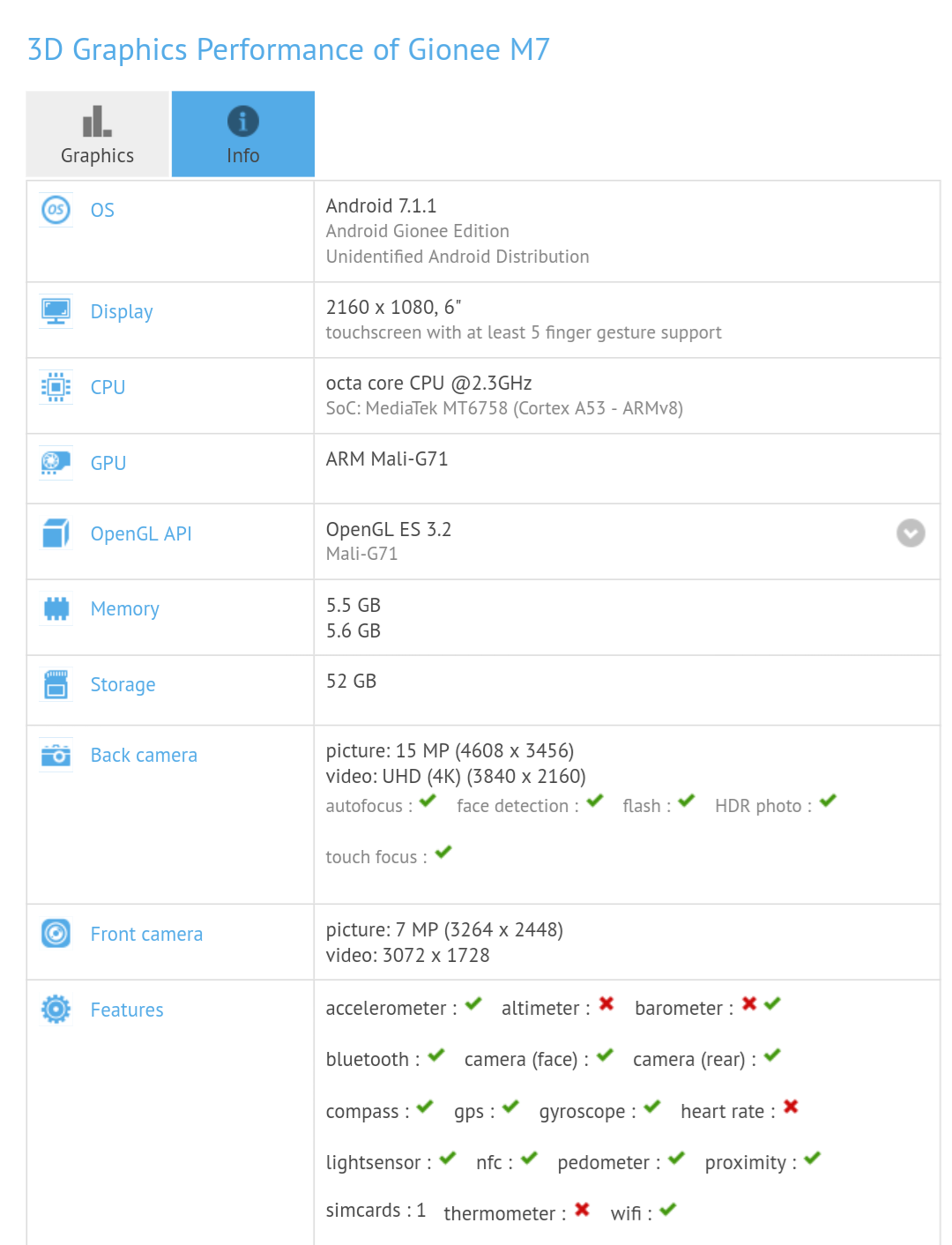 Earlier today we reported about a new smartphone from Gionee was teased by the company. The upcoming smartphone we were talking about was the Gionee M7.

Now the smartphone has been seen visiting the benchmarking site GFXbench. As per the GFXbench, the Gionee M7 is a smartphone with 18:9 display and has a resolution of 2160x1080p. It comes with huge 6 GB of RAM in it. The smartphone also comes with an Octa-Core 2.3Ghz MediaTek Helio MT6758 SoC.

Coming to the camera department, the Gionee M7 seems to have a dual camera setup on the back if we take a look at the previous teaser from the company. The smartphone comes with 16Mp of main camera as per GFXbench. On the front, it has another 8MP sensor.