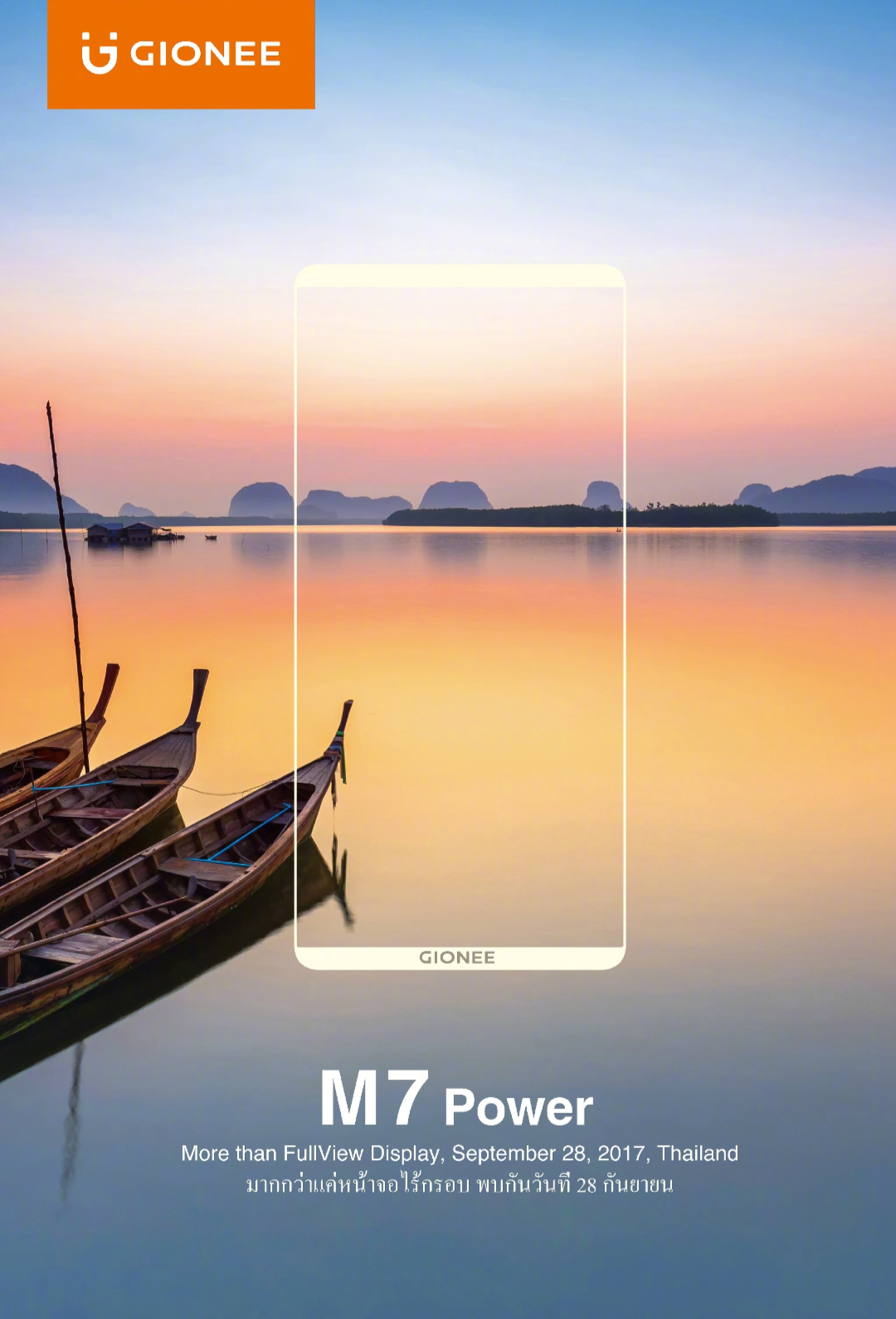 The Gionee M7 smartphone was recently spotted visiting the benchmarking site GFXbench. Official teasers were also thrown by the company itself.

Now we finally have a date of unveiling of the next Gionee smartphone. The smartphone we are talking here is Gionee M7 Power. The smartphone will be first from Gionee to come with FullView display on the front. Few more official teasers are online now. The teaser says, ” More than FullView display, September 28, 2017, Thailand ” . This is actually the launch details along with date and place.