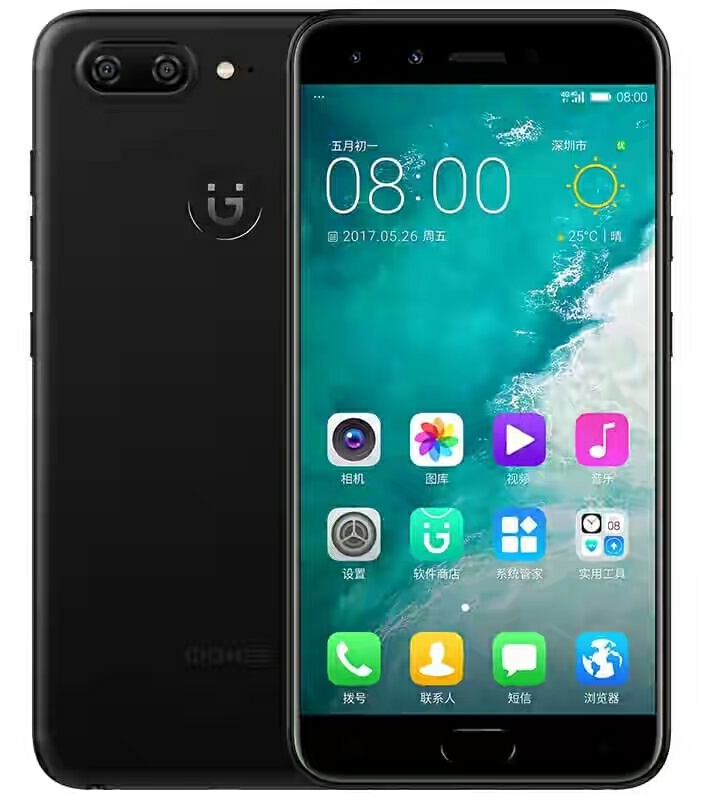 Ok we have seen many news and leaks about the Gionee S10. The Gionee S10 is a smartphone with dual camera setup on the back.

Earlier today we reported about the leaked images and press renders of Gionee S10 with full gallery. It was already reported with some leaked hands on images of the upcoming camera focused smartphone from Chinese smartphone maker Gionee. The upcoming smartphone from Gionee will be introduced as Gionee S10.  Later , it was leaked in Red colour variant.The Gionee S10 smartphone was recently spotted visiting the benchmarking site Geebench with some major specifications. It was already spotted on benchmarking site GFXbench with some specifications. It was also spotted passing through Chinese certification agency’s website TENAA .

Now the device has been officially unveiled with 5.5-inch full HD (1920x1080p) display with 2.5D curved glass. It has got a metal unibody design with laminated display on the top which is covered with 2.5D curved glass for better looks. There is huge 6GB of LPDDR 4X RAM in the Gionee S10. Internal storage includes a 64GB of storage with upto 128GB of external​ card support. It comes with an interesting MediaTek Helio P25 chipset. The MediaTek Helio P25 is an Octa-Core chipset clocked at 2.5GHz.

The Gionee S10 comes in Cherry Gold, Blue, Black and Primrose Green colours.  It is priced at CNY 2599 in China. No word about availability of the Gionee S10.