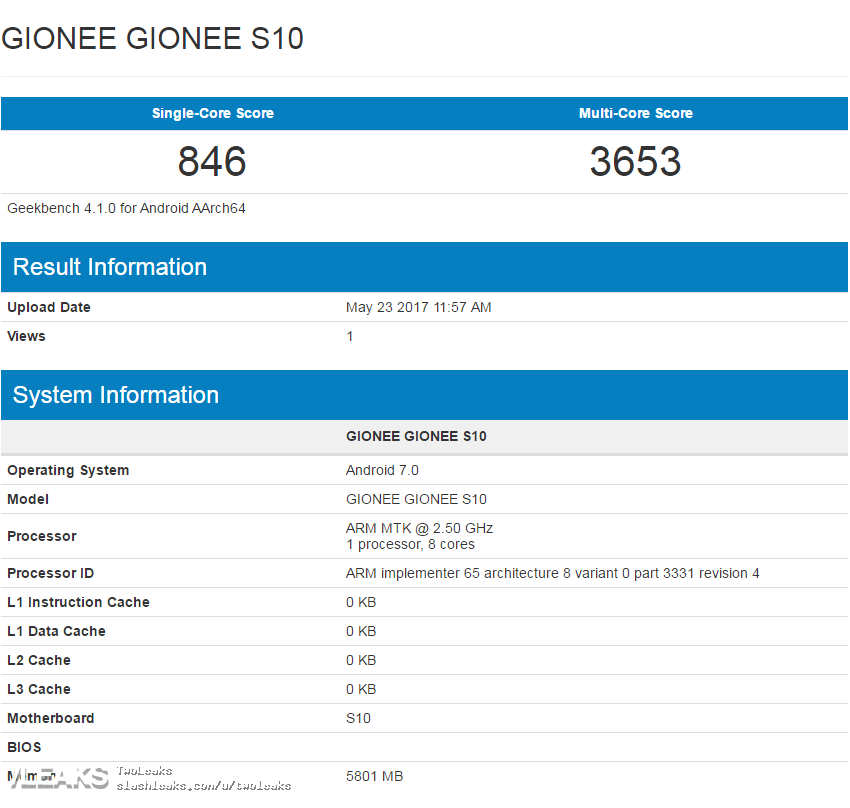 Gionee S10 is the upcoming camera focused product from the Chinese OEM Gionee. The company hasn’t announced any specific date of launch or availability of the Gionee S10. But that doesn’t mean leaks will stop coming.

Now the Gionee S10 has been spotted visiting the benchmarking site Geekbench. As per the Geekbench listing, the Gionee S10 comes with 6GB of RAM. It also get an Octa-Core MediaTek Helio P25 chipset clocked at 2.5GHz. The smartphone runs Android Nougat 7.0 out of the box which isn’t surprising as Google has already released beta builds of Android O.