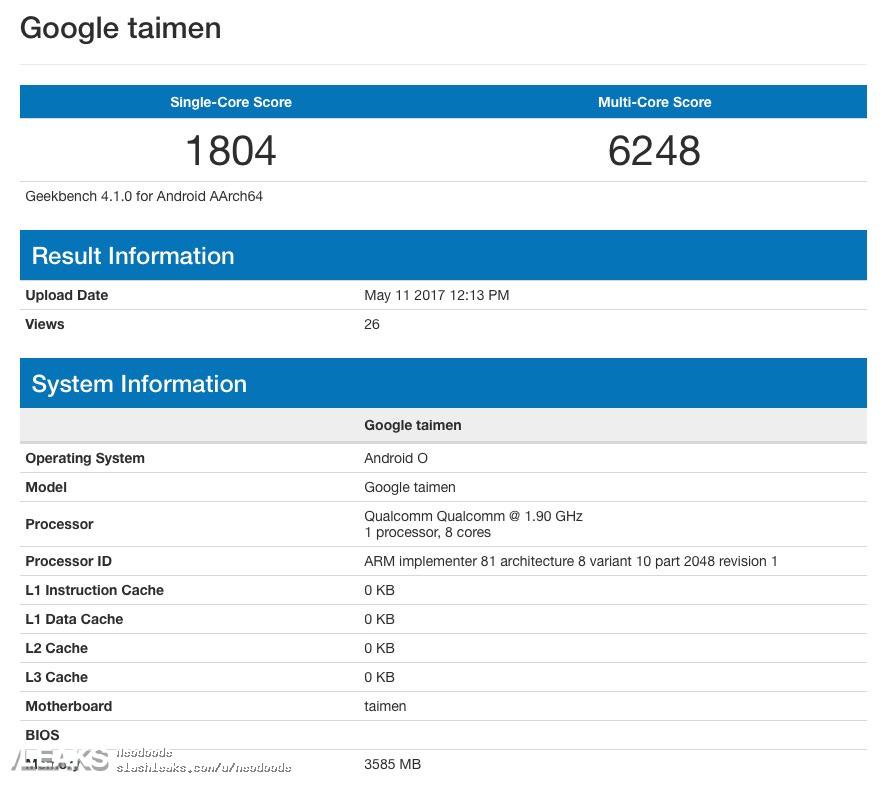 Google introduced the Pixel and Pixel XL smartphones back in late 2016.

Now we have one major information about the upcoming Pixel smartphones. The latest report shows us the Google Pixel 2 visiting the benchmarking​ site Geekbench. It is codenamed as Taimen on the Geekbench listing.  As per the Geekbench listing, the Google Pixel  2 or Taimen comes with 4GB of RAM in it. There will be an Octa-Core Qualcomm Snapdragon 835 chipset in the upcoming Pixel 2. It also comes with Android O out of the box.