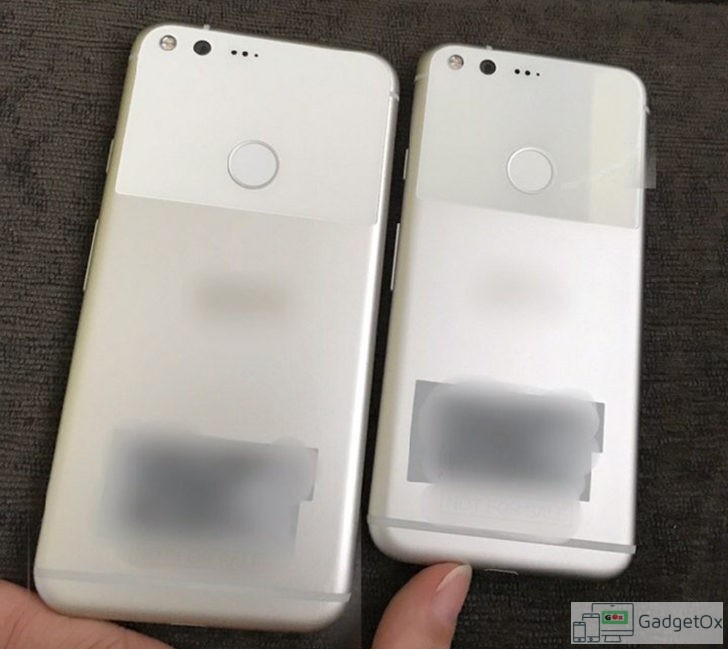 Google Pixel and Pixel are the  next version of Google phones. Earlier than this year, the company launched Nexus branded smartphones made by different manufacturers like LG, Huawei and Samsung etc. But this time, the company is leaving the ‘nexus’ branding back and opting for full ‘Pixel’ breading for it’s smartphones. We have already seen many leaks about the upcoming Google Pixel and Google Pixel XL smartphones. Yesterday, the front display panel of these devices were leaked.

Now we have some more information about these devices. This time, the two devices have been leaked in full shots. The two devices have been put aside in the leaked images. If we take a look at the back of these devices, the body is built of aluminium. The top most portion has glass covered on it & there is a fingerprint scanner at the top portion.  There is LED flash, camera module and secondary micrphone at the top bottom portion.

Now if we talk about the front, it has the similar layout of sensors as we saw in yesterday’s leaked display panels. On the front there is nothing extraordinary worth mentioning here. It has some standard layout. The bezels are little thick which clearly explains that the devices will be HTC made.