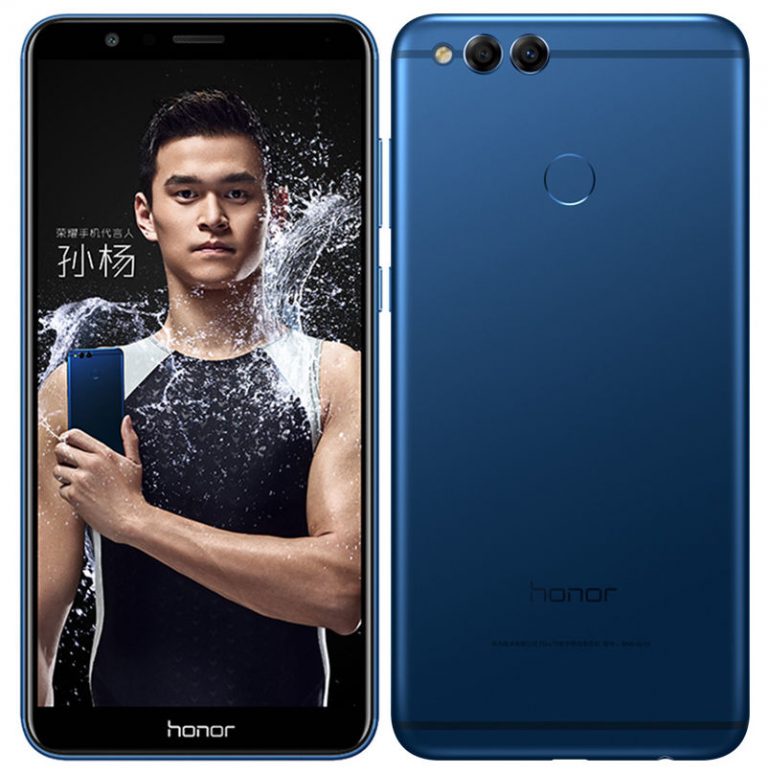 Recently we reported about a new smartphone from Chinese smartphone maker Huawei visiting the Chinese certification agency’s website TENAA. The smartphone was Honor 7x, a new phone under the sub brand Honor of Huawei. It was later spotted on the benchmarking site Geekbench as well.

Now finally the device has gone official. The company has silently made it official without any special event. Talking about the device, it is a successor to the last year’s Honor 6x. It comes with slightly enlarged 5.93-inch full HD+ display with now in trend, 18:9 aspect ratio. The device also gets 4GB of RAM as standard. There are three storage variants present with the Honor 7x wiz. 32GB, 64 GB and 128GB.  Powering the smartphone is an Octa Core Hisilicon Kirin 659 SoC that is also found in the Honor 9i or Maimang 6 or Nova 2i smartphone.

The Honor 7x comes in Aurora Blue, Black and Gold colors. Pricing is given below,