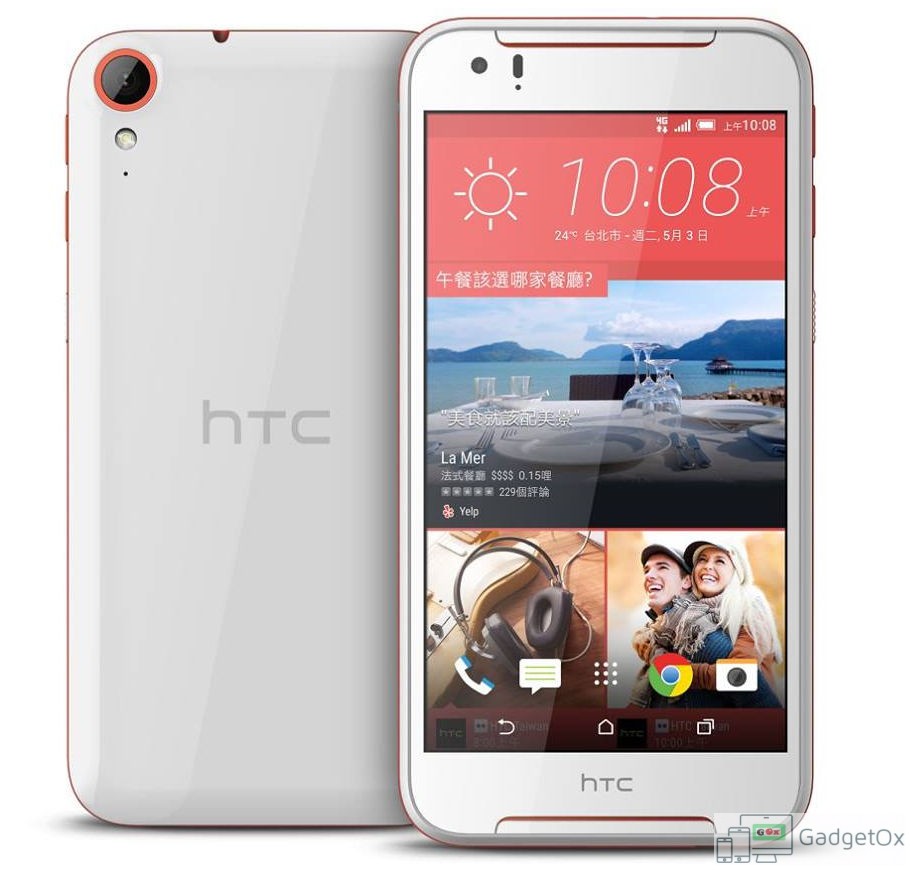 HTC has launched get another smartphone in their Desire series. The newest member  in this family is called as the HTC Desire 830. We have already seen some leaks about it.  Some High quality images were also leaked.
Now company has made the HTC Desire 830 official. It is having a 5.2-inch full HD display with Gorilla Glass on the top. There is 3GB of RAM along with 32GB of internal memory which  can be expanded via a micro SD card. It is getting power from 1.5GHz Octa-Core MediaTek MT6753T processor. There is 13MP rear camera with OIS while in the front we have an Ultra-Pixel camera.
Specs of HTC Desire 830 :

The HTC Desire 830 comes in White plus Orange & White plus Blue color options. It is priced at NT$9990 in Taiwan.  It will be available starting 6th May.