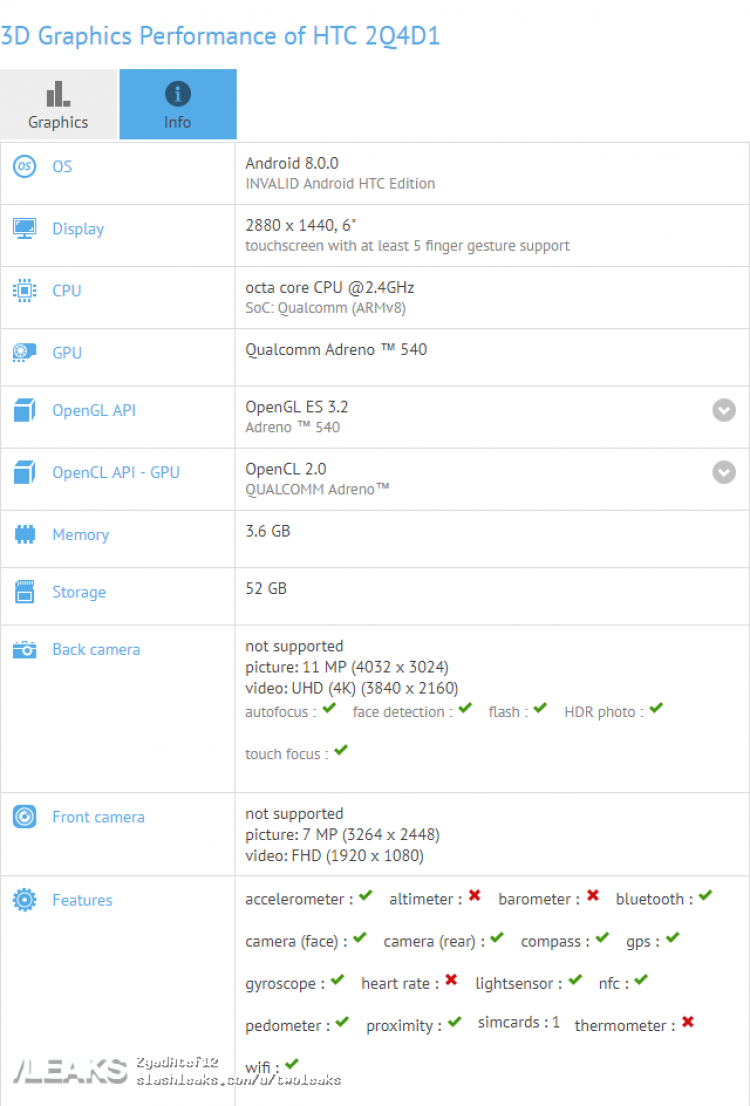 Now a new device is coming from HTC. The new device is coming under HTC Ocean series and is called the HTC Ocean Master. As per the GFXbench listing,the HTC Ocean Master comes with 6-inch Quad HD+ (2880x1440p) 18:9 display. It has got 4GB of RAM inside it with 64GB of internal storage. Coming to the chipset and other performance aspects, it is powered by an Octa Core Qualcomm Snapdragon 835 mobile platform.

As per the GFXbench listing, the HTC Ocean Master is equipped with a 12MP of main camera with LED flash. On the front, it gets an 8MP snapper.