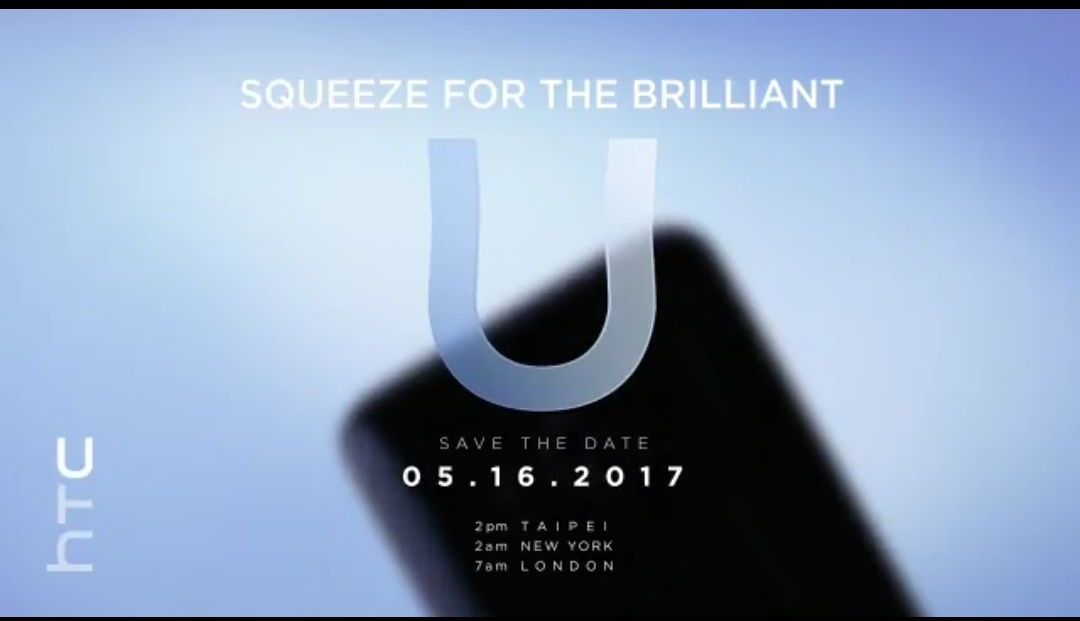 HTC has released a flagship grade smartphone in January as the HTC U Ultra. The HTC U Ultra came with new design and HTC Sense companion UI. But thay didn’t mean, the company won’t be introducing a tru flagship for 2017. Yes it has one for true HTC fans.

We have already seen many leaks and rumored specifications about the HTC U or HTC Ocean. It was reported in HD renders. The Flagship smartphone from HTC for 2017 was teased as HTC Ocean. Three devices​ were supposedly coming to us under the HTC Ocean series. Even earlier today, we reported about the HTC U visiting Bluetooth SIG with Bluetooth 5 .

Now the company has finally announced the date of official unveiling of the HTC U, the flagship for 2017 from HTC. The company has confirmed this using it’s official Twitter handle. It has shared a video showing a phone with metal glass design. The teaser also hints at edge commands and sensors on the sides .

The HTC U or HTC Ocean is scheduled to be released on 16th May this year. The global availability will be announced on 16th May event.