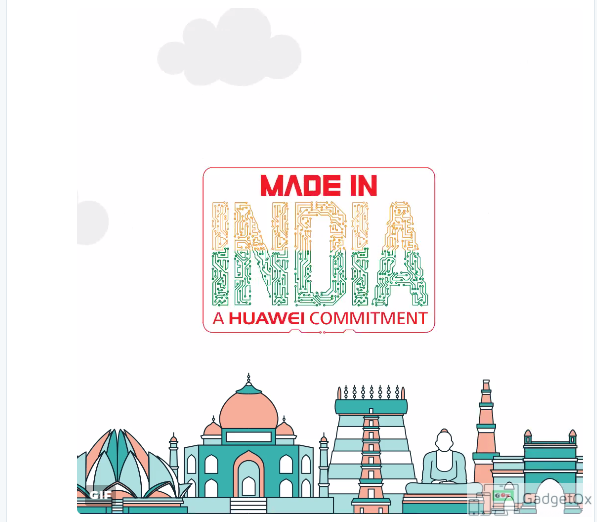 Huawei today announced that it will begin to make cell phones in India (Under “Make in India”)  as a team with Flextronics in October 2016. Ravi Shankar Prasad,  Union Minister, Information and Technology made the declaration at Huawei’s ‘Make in India’ introduction service in the Indian capital, New Delhi. Big achievement for #MakeInIndia campaign today. With #Huaweimakeinindia facility launched, Indian Smartphones Market has a bright future.

It is indeed much required boost to PM Modi’s “Make in India” Mission. Welcome Home!

Huawei unveils the ambitious project all of us have been awaiting. Stay tuned. #HuaweiMadeInIndia pic.twitter.com/vJNOJxAupW

We are proud to establish our roots in India now. #HuaweiMadeInIndia pic.twitter.com/Qi9GEkYQ5N

These made-in-India devices will hit Indian market as early as next month. Beginning from the main week of October 2016, the Flex fabricating plant in Chennai will make one of the Honor cell phones models. The plant will have the ability to make three million units before the end of 2017. Also, Huawei will fortify after deals administrations in India with more than 200 administration focuses, including more than 30 restrictive Huawei administration focuses in India.

Huawei will likewise be collaborating with more than 50,000 retail outlets before the end of 2016.

“I would like to congratulate Huawei on their commitment to pursue their ‘Make in India’ vision. The Government of India is pleased to see so much enthusiasm for our “Make in India” initiative. We are working towards making India an electronic manufacturing hub,” said Ravi Shankar Prasad, Union Minister, Information & Technology