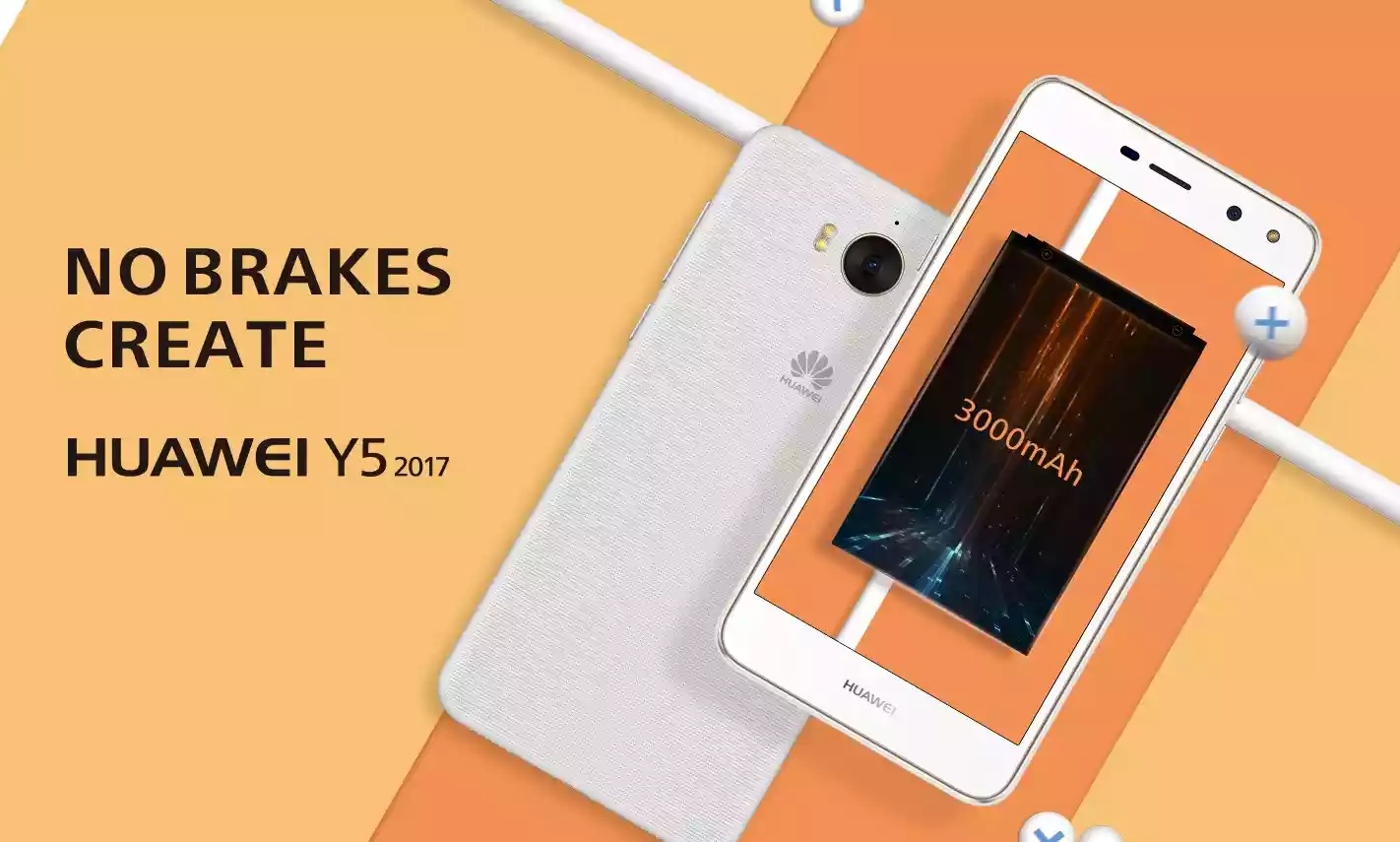 Under the hood, the Huawei Y5 2017 is powered by a Quad-Core MediaTek MT6737T SoC.  Other specifications include an 8MP of main camera with LED flash. On the front, it has got 5MP sensor.  The device comes with Android Marshmallow based on EMUI 4.1 out of the box.

The Huawei Y5 2017 has been announced in Gold,Pink,Blue,White and Gray colors. There is now information about the pricing and availability of it.