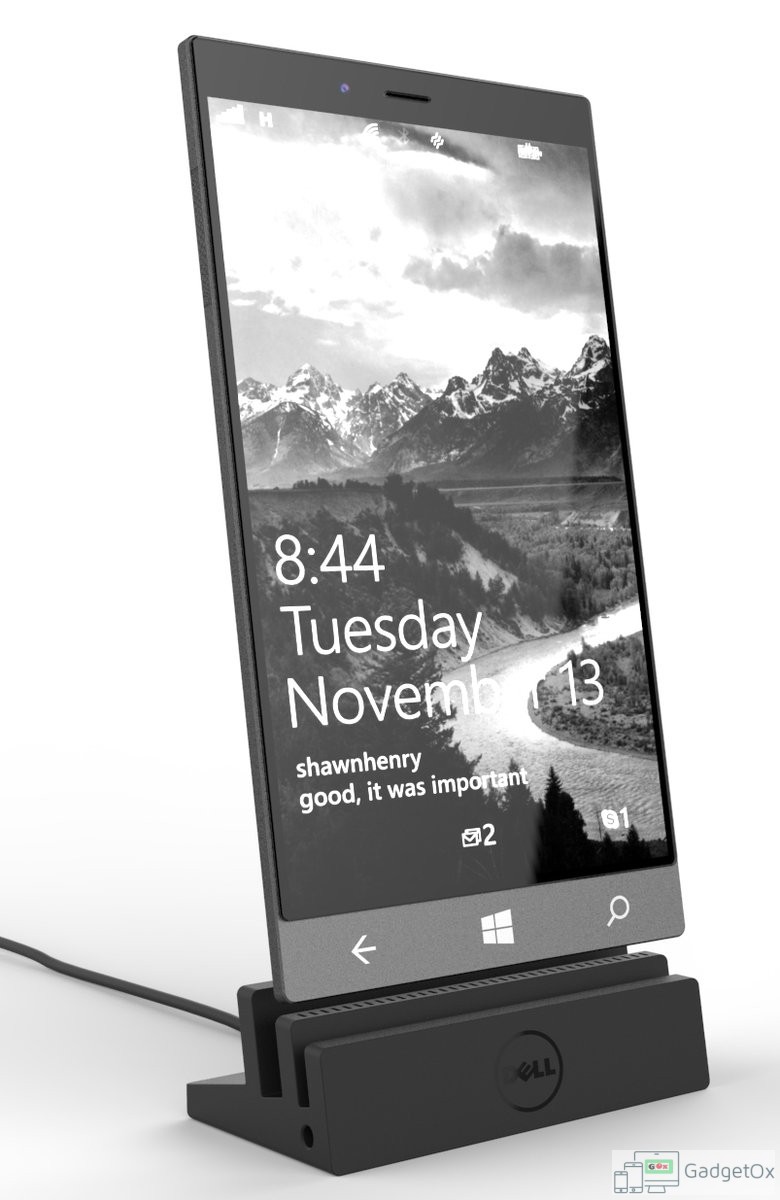 Last we read the detailed report about Dell’s Stack Mobile device that was supposed to be powered by Intel’s Kaby  Lake processor. Now, one more image has been posted by the source of earlier information. Evan Blass of Evleaks fame has posted image of the Dell Stack handheld mobile device along with the Continuum Dock.

What is however a bit puzzling is that the Dell Mobile Stack seems to be running Windows Phone 8.1 rather than Windows 10 Mobile in the image above. But that may be a concept thing and which perhaps shows that it was a rather old project.

Note: This article was first published on your sister site “NPU“