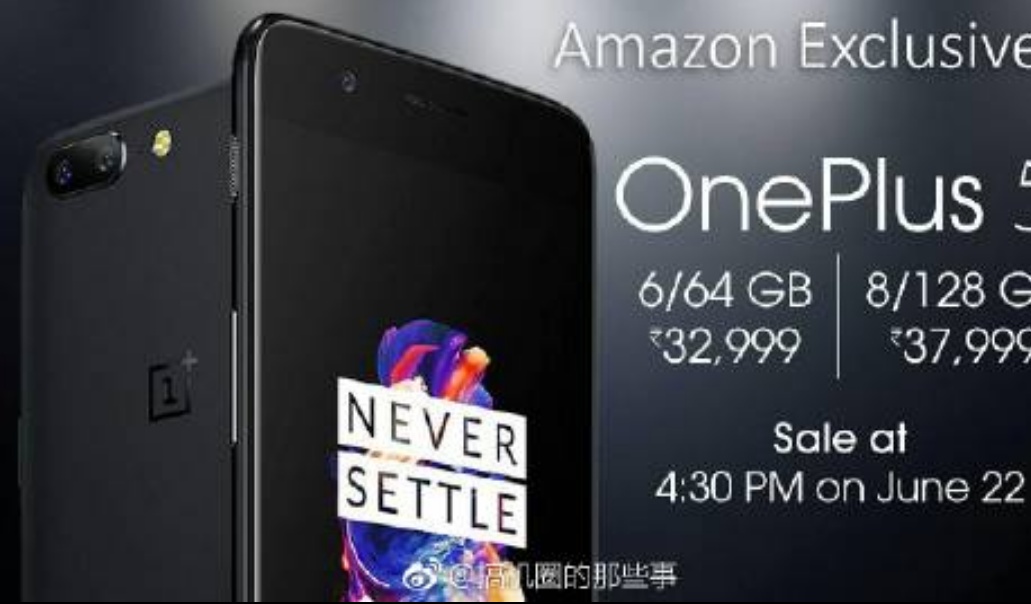 OnePlus 5 is currently one of the most awaited Android smartphone in the world. The company has a very good approach of creating hype but over the Internet only.

The OnePlus 5 smartphone has been seen in many leaks previously. It was recently spotted passing through Geekbench.

Recently we reported about the official press render of OnePlus 5 showing the device from the back side with dual camera setup. It was also confirmed that the upcoming OnePlus 5 will come with 8GB of RAM. This was confirmed with the courtesy of Evan Glass, who digged out the source codes of Amazon India listing of OnePlus 5.  OnePlus 5 was leaked previously many times.

The price of OnePlus 5 is listed to be $499 in the US dollars. The smartphone will be officially available on sale on 22nd June starting 4:30PM in India for below listed price.