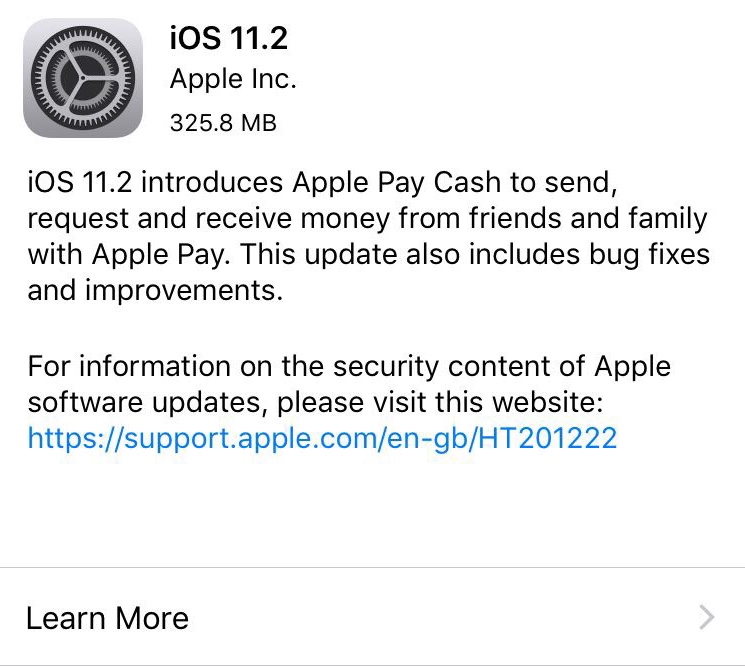 Yesterday we saw many users with iOS 11.1.2 facing problems with their iPhones. The bug we are talking about is date bug of December 2. This bug brings random refreshes to many phones.

Now to kill this bug and bring more features, the company is rolling out another update to the iPhones. The update brings iOS 11.2 to the eligible iPhones. This update brings a very big list of changes. For users in USA, the Apple Pay Cash is now available by asking to Siri. Major changes are there to system and performance improvements. New wallpapers have also been added to iPhone X.

The update has a size of 325.8 MB and can be downloaded using a strong WiFi network.

Detailed changelog is given below

Apple Pay Cash (US Only): Send, request and receive money from friends and family with Apple Pay in Messages or by asking Siri

Other improvements and fixes: