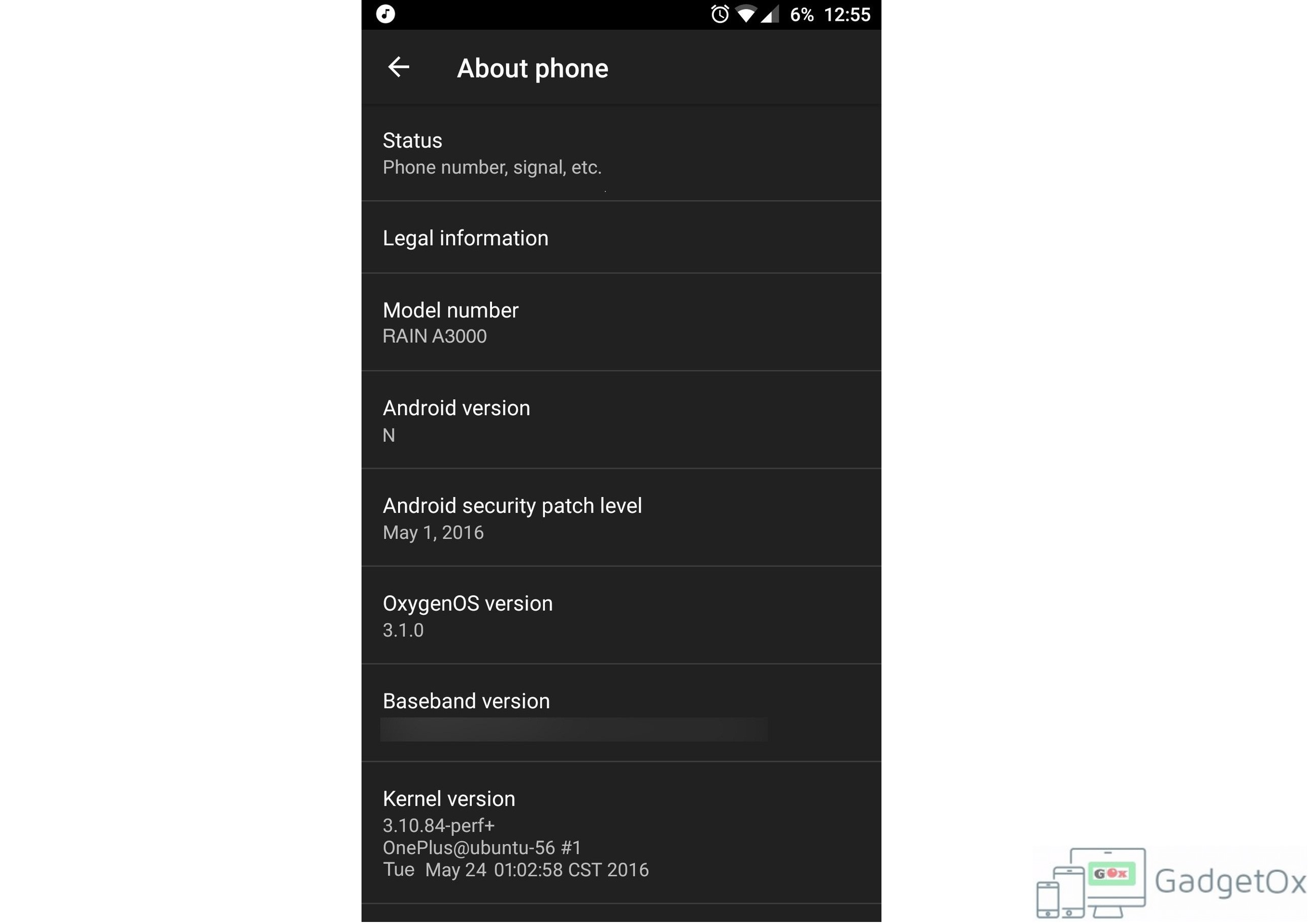 Recently we reported about the front camera details of OnePlus 3 smartphone. We now have a new leak about the OnePlus 3 device.

According to the leak, the OnePLus 3 device will be having a 5.5-inch full HD display with 1920x1080p resolution. It will be getting powered by Qualcomm Snapdragon 820 processor. The OnePlus 3 will be having 16MP rear camera & there will be 8MP camera on the front. It will be having NFC connectivity as well. he has also posted the screenshot from the device that is running the preview build of Android N. It is having model number A3000.