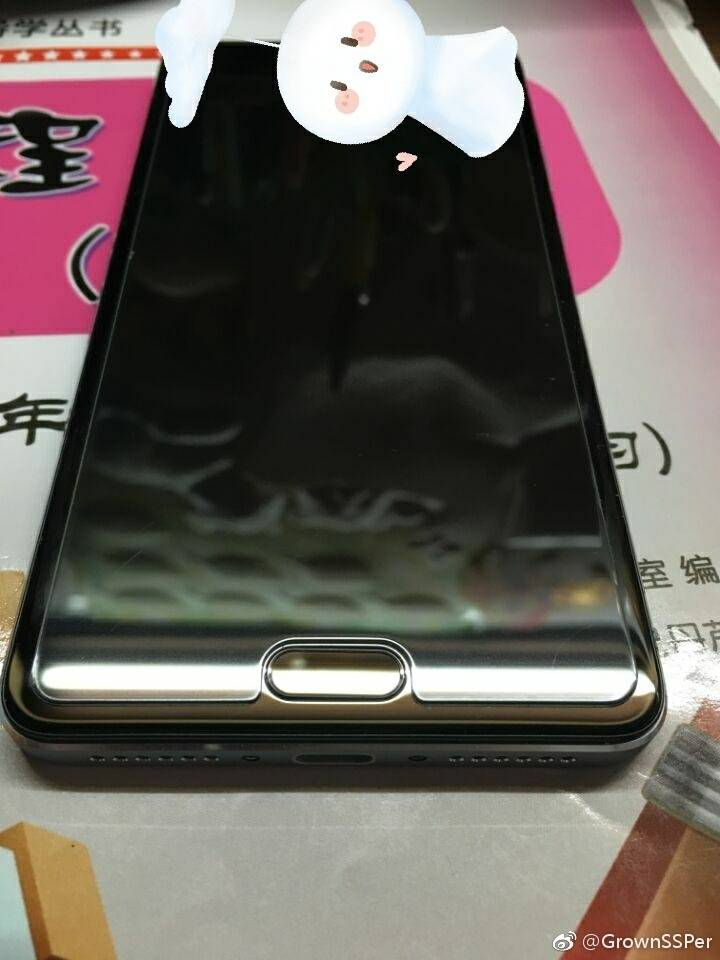 Xiaomi Mi 6 is the upcoming flagship smartphone from the Chinese OEM. The company has just yesterday confirmed the exact launch date of Mi 6 to happen on 19th April. We have already seen many leaks and rumors about the upcoming​ Xiaomi Mi 6.

It was already reported visiting the benchmarking site GFXbench where all the major specifications were revealed. We have already shared the full leaked specifications of Xiaomi Mi 6 and Mi 6 Plus. The recent leak talked about it’s specifications and 11th April launch date. One more thing about Mi 6 was leaked that it is codenamed as ‘ Sagittarius’ internally.

Now we have got another important information about the upcoming Xiaomi Mi 6. This time we have got some real life images of the Mi 6. The device doesn’t​look from all the angles​. It is only visible from the front.

The first image shows it in full front portion. It has 6 + 6 grills on the bottom out of which the right one will be speaker grills and on the right there will be just grills to make the device look symmetrical.

There’s a fingerprint scanner on the front which seems to carry ceramic on top of it. It has also got 2.5D curved glass which will be Corning Gorilla Glass obviously. The Xiaomi Mi 6 uses USB Type-C port similar to it’s predecessor. Two small screws are also visible on the bottom on the sides of USB Type-C port.