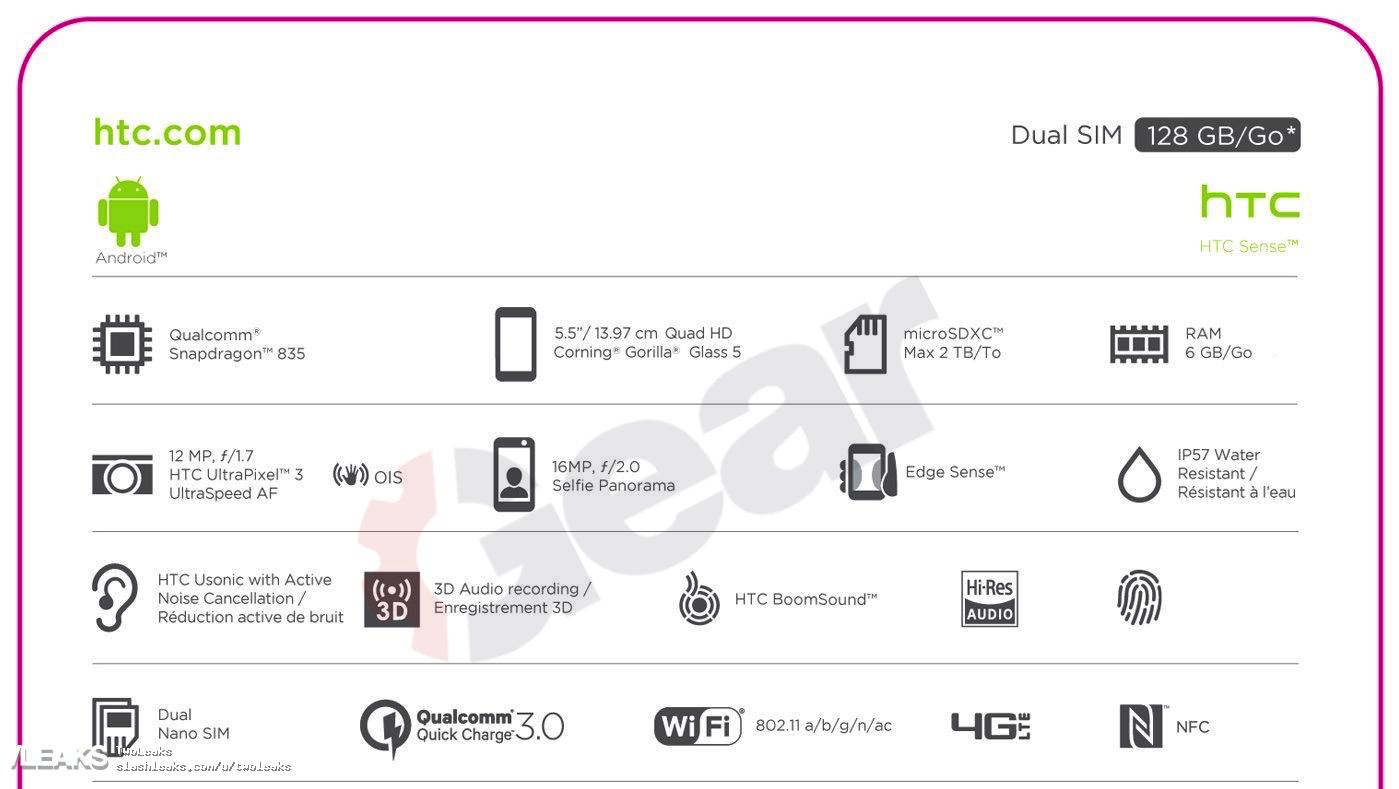 We have already seen many news and leaks about the upcoming flagship smartphone from HTC. It was recently reported visiting Geekbench, the known benchmarking site with Snapdragon 835 SoC. It was also reported previously that HTC will be launching the HTC U or HTC Ocean as HTC U 11 to public. We have already seen some rumored specifications and renders of the HTC U Ocean smartphone. It is scheduled to be officially unveiled on 16th May. It was reported in HD renders. The Flagship smartphone from HTC for 2017 was teased as HTC Ocean. Three devices​ were supposedly coming to us under the HTC Ocean series.

Now there is another important information to share with you on that. The latest information comes in the form of an image which shows the official specs sheet of HTC U 11. The leaked image shows that HTC U 11 comes with 5.5-inch QHD display. The display is covered with strongest Corning Gorilla Glass 5 on the top. It has got 6GB of RAM in it but we have already reported about existence of a 4GB RAM variant . For these two RAM variants, we have 64GB and 128GB of storage variants as well. It has got an Octa-Core Qualcomm Snapdragon 835 as previously reported.

The HTC U 11 smartphone comes with a new 12MP camera with f/1.7 aperture lens. It had got an UltraPixel sensor with 3 Ultra speed Auto focus. Optical image stabilization is also present in the HTC’s upcoming flagship. There​ is a 16MP of camera sensor on the front with f/2.0 aperture and support for panorama shots.

It comes with Android Nougat 7.1.1 out of the box which is based on HTC Sense UI and has Edge Sense as previously reported. The 3000mAh battery is packed inside the body. For multimedia experience, HTC Boomsound and HTC Usonic(Active noise cancellation) is present there along with Hi-Res audio and 3D Audio recording. It also comes with IP57 grade water and dust resistance.