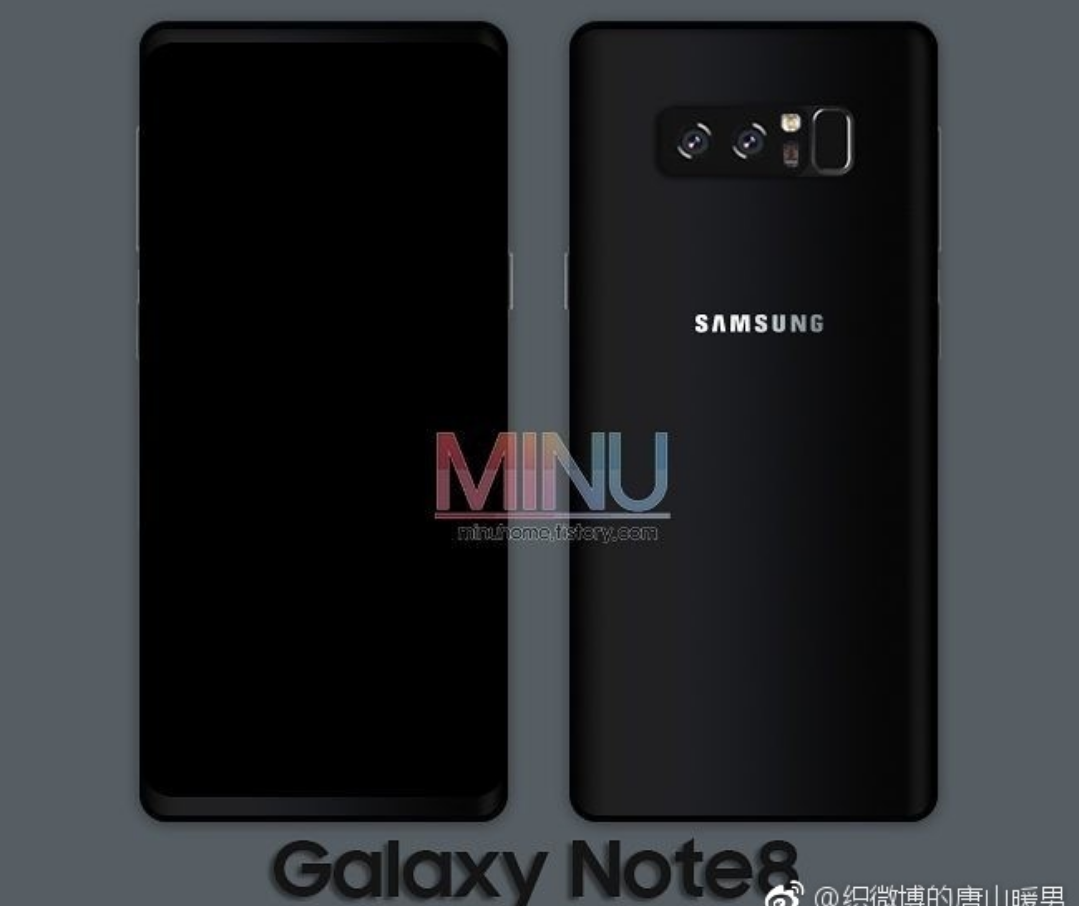 Now we have some more renders of the upcoming flagship smartphone from Samsung.  The Samsung Galaxy Note 8 is shown in a slightly different render than that of previously leaked images. The dual camera setup has been redesigned in latest render. From the front, it is clearly visible that the upcoming Samsung Galaxy Note 8 has a slightly smaller bezels on the top and bottom front portion. It looks even better than the Galaxy S8/Galaxy S8+. The volume and Bixby buttons are on the left whereas the power button is located on the right.