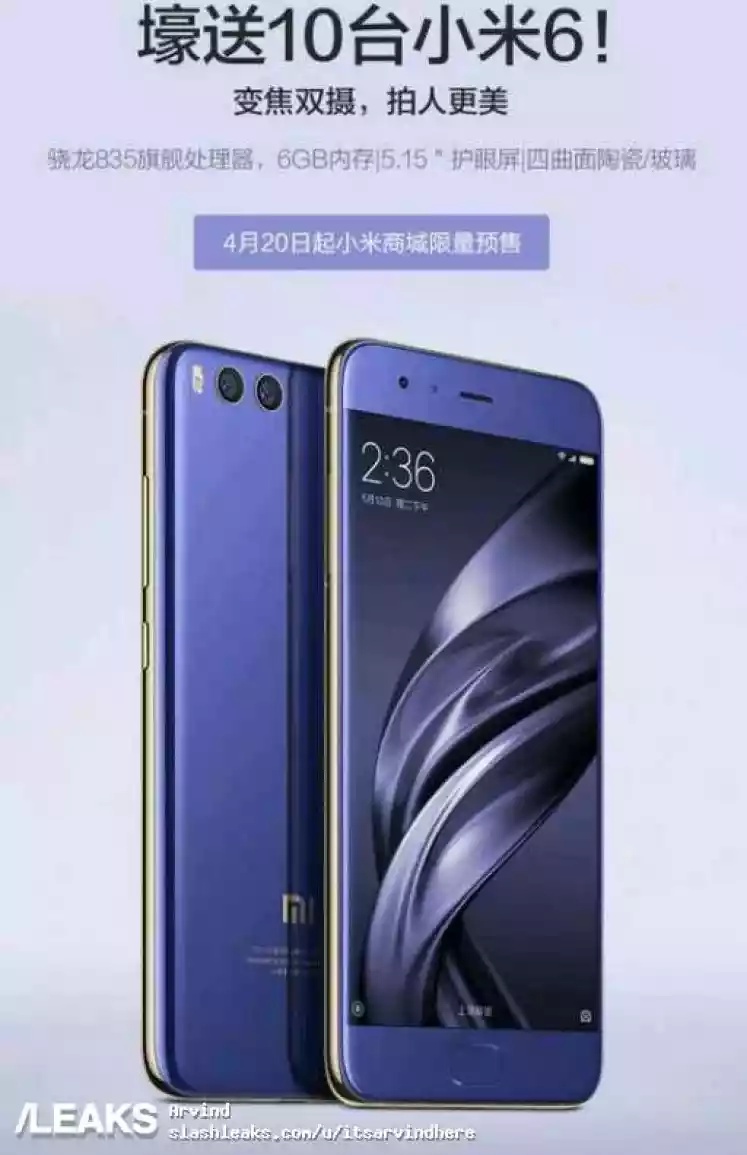 Xiaomi is expected to release it’s next flagship smartphone on 19th April which is tomorrow.  Recently we have reported that the upcoming Xiaomi flagship comes with a dual camera setup on the back side.

Now we have got another press renders of the upcoming Xiaomi Mi 6. The latest renders show it in purple color. This clearly indicates that the company is trying some new color variants rather than just Black for the Mi 5.

It is clearly visible from the front that the Xiaomi Mi 6 come with 2.5D curved glass on the top. There is a front facing fingerprint scanner with more oval shape and looms inspired by the current Motorola and Oppo smartphones. On the sides, there are very narrow bezels. But top and bottom brings very thick bezels which isn’t expected.

We have power and volume rocker keys on the right side which is standard and will be comfortable to use. There is a Golden metallic frame to the body. There is a dual camera setup on the back at the top left side. The Camera is coupled with dual tone dual LED flash.