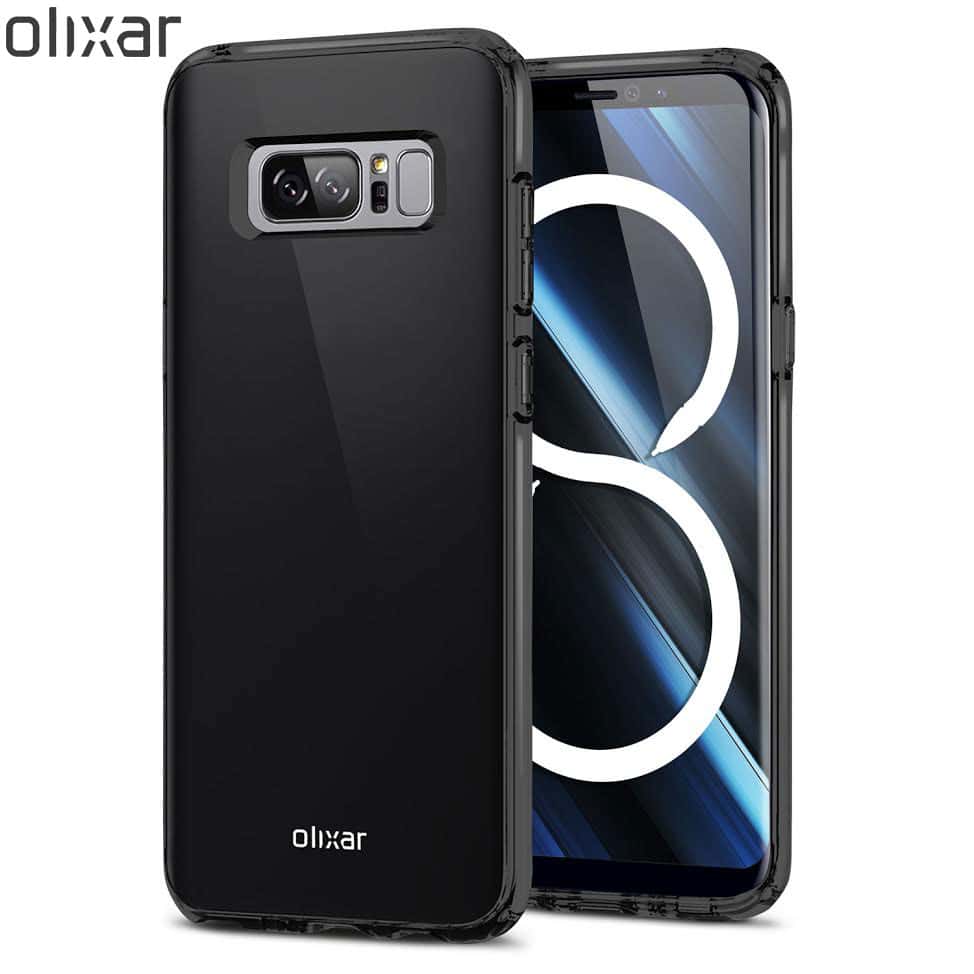 Now we have another lead about the upcoming Samsung flagship. The latest news brings another render of the device. It is leaked from popular smartphone case maker Olixar. The case shows Galaxy Note 8 in Black color. It is visible from the back and somewhat front also. On the back, it has got similar design like the Galaxy S8 with a horizontally placed dual camera setup. Samsung Bixby and volume buttons are located at the right side of Galaxy Note 8.

Coming to the front side, the Samsung Galaxy Note 8 comes with a narrower bezels on the top and bottom.