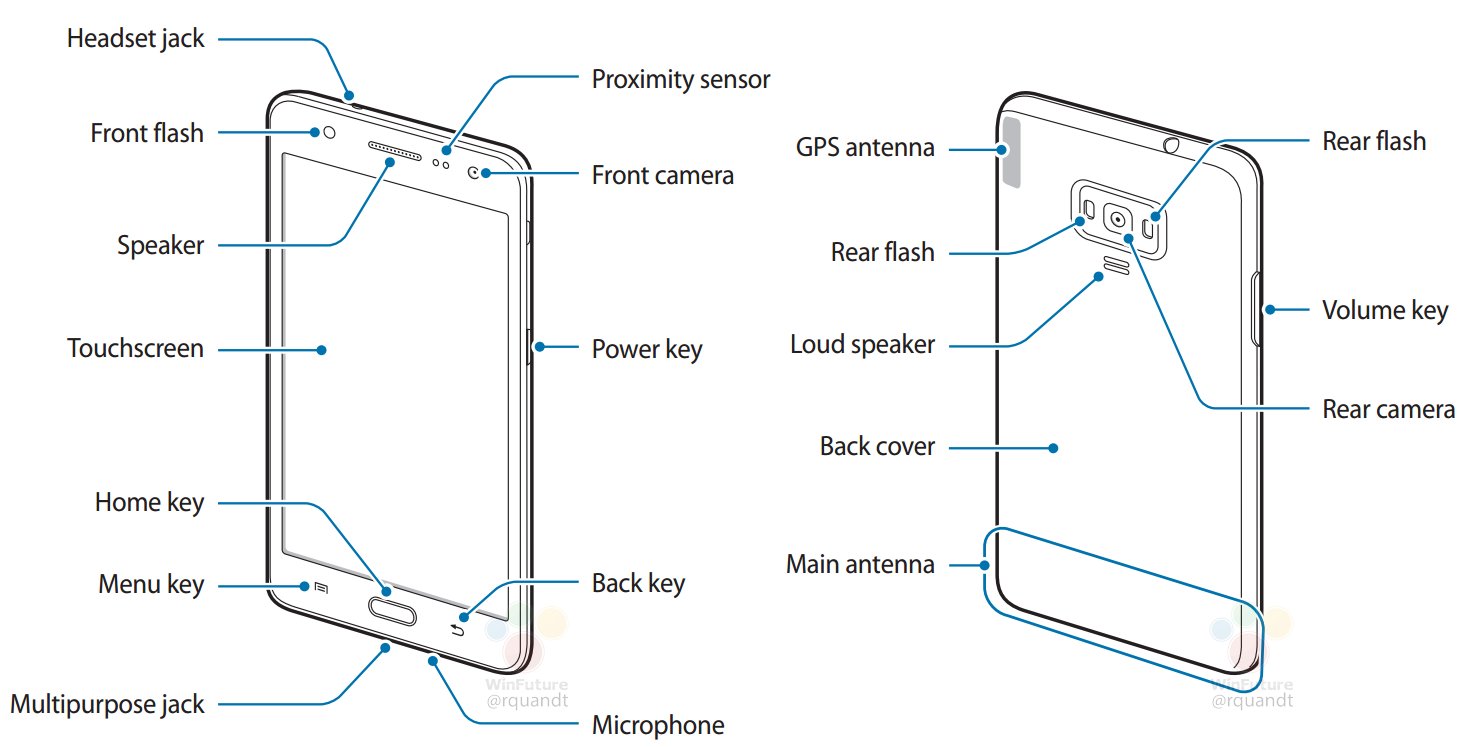 Samsung has it’s own OS in partnership with NTT DOCOMO. The OS is known as Tizen and the company is already selling few smartphones with Tizen OS running in it.

Now there is a new information that tells us about the upcoming Tizen based Samsung smartphone. The latest leak shows us the Samsung Z4, the successor to Samsung Z3. It is leaked in official manual documents.  There are two sketches of the device out of  which, the first one shows a camera sensor on the front accompanied by a LED flash. Proximity sensor is also clearly shown on the front. Power key is located on the right while volume rocker buttons are sitting on the left. And yes the upcoming Samsung Z4 comes with the standard 3.5mm headphones jack.

Now if we take a look the thr second image, it shows us the back side of Samsung Z4. On the back it has a differently​designed camera module. It has the camera sensor in the centre with two different LED flashes on the left and right to it.

There are other images too available with the leaked manual. All those tell us about how to use the smartphone and the OS. The Samsung Z4 is expected to debut with Tizen OS 3.0 out of the box.