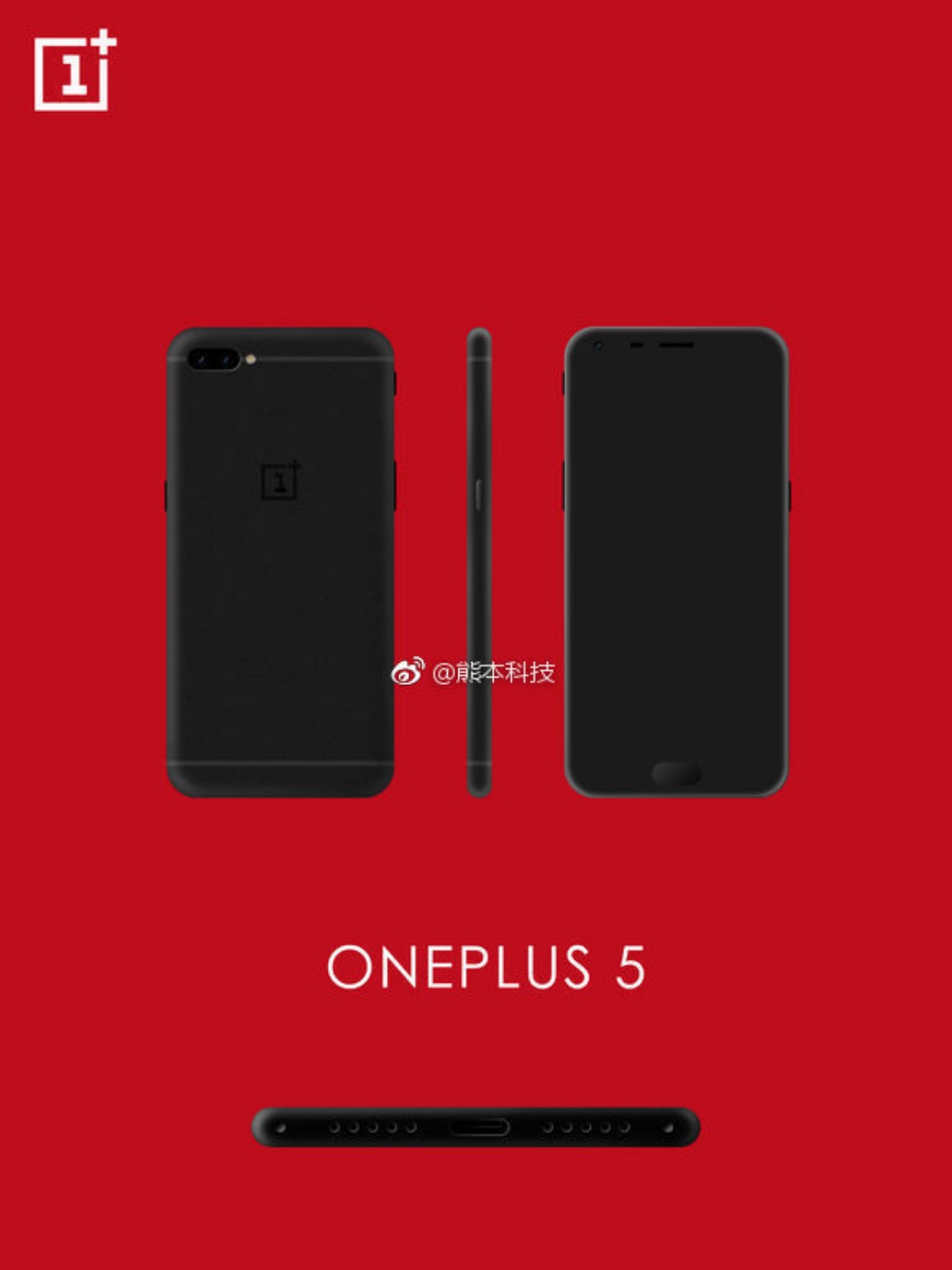 OnePlus 5 seems to be one of the hottest phone currently. It is being leaked very now and then. The smartphone was leaked earlier today with real life prototype images and it also shown us absence of 3.5mm headphone jack. Earlier today we reported about partnership between OnePlus and DXO for it’s next phone. The company has also confirmed the name of it’s next flagship i.e. the OnePlus 5.

The upcoming smartphone was leaked yesterday with prototype image. The company had already release​d its first official teaser also with ‘Hello 5‘ confirming it’s name. We reported about OnePlus confirming the official name of it’s next flagship and some expected launch time. The next flagship from the Chinese player will be called OnePlus 5. CEO of OnePlus, Pete Lau had already posted a confusing teaser about company’s next product. The exact model number for OnePlus 5 was also leaked in previous leaks. It was leaked recently in another renders.

Now we have another press render that claims to be very legit in itself. It shows the device in midnight Black ​color. It has a totally new design. There is a dual camera setup on the back but with a different design. The camera module is horizontal instead of vertical which was leaked previously. It has got design inspired by the Honor V9. The antenna bands are clearly visible in the Black color. Fingerprint scanner is present on the front. The bottom has USB Type-C port and speaker grills. But we don’t see any 3.5mm headphone jack.