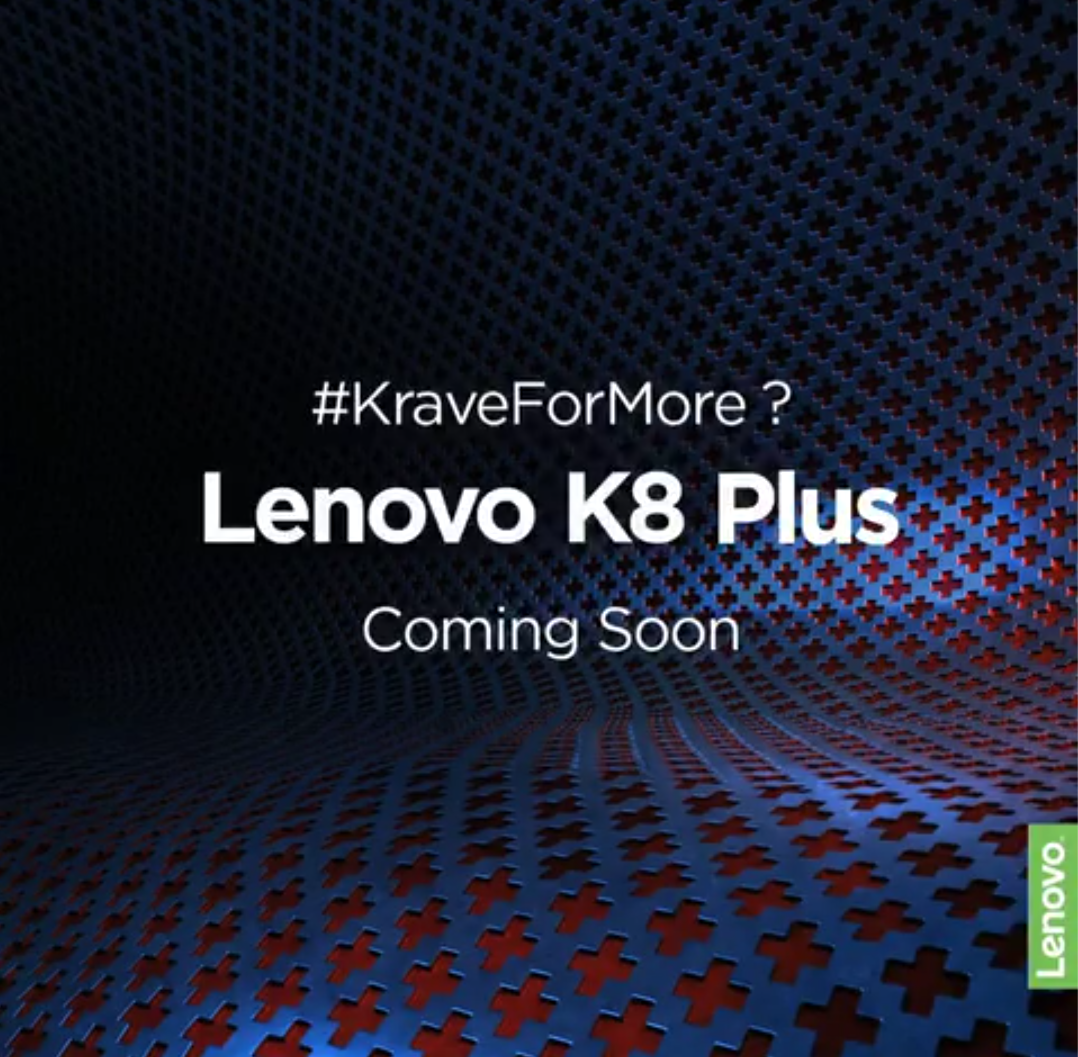 Earlier today we reported about Lenovo planning to bring the Lenovo K8 and Lenovo K8 Plus smartphones in India.The Lenovo K8 series is all set to make the global debut in India only. The company has already unveiled Lenovo K8 Note in India and that was it’s global debut.

Does your smartphone make you #KraveForMore? #LenovoK8Plus is here to put an end to that! Unveiling on 6th Sep, exclusively on @Flipkart pic.twitter.com/9RsTFuQPQd

As per the new teaser from Lenovo on it’s official Twitter handle, the Lenovo K8 Plus is expected to be announced in India on 6th September. There is one more report for the Lenovo K8 Plus smartphone. The report claims that the K8 Plus will be available exclusively on Flipkart in the country.

The teaser also confirms that the K8 Plus from Lenovo has a dedicated music key similarly like the Lenovo K8 Note.