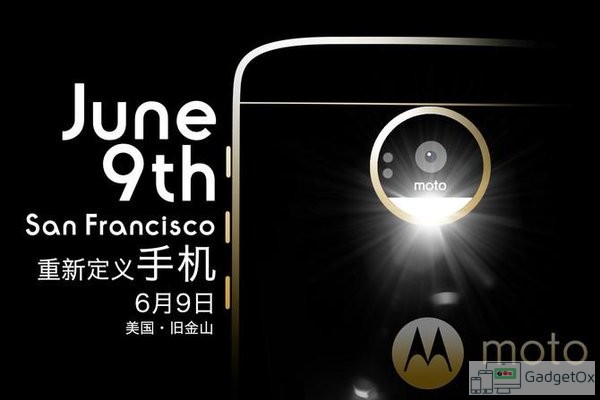 Lenovo is all set to change all the Moto product lineup. We have already seen some changes in the recently announced Moto G4 devices.

The company is rumored to release a new device on 9th June which will be the flagship from Motorola division. It was also leaked that Lenovo is killing the Moto X lineup & will be replacing it with Moto Z lineup. But now we have a new leak that confirms that Lenovo will be launching a new device most probably the Moto Z lineup. The latest leak is the teaser image of upcoming device from Moto. This teaser will soon be official from Lenovo/Motorola. The company is expected to launch two devices at that event. the first one will be the Moto Z Style with flagship specs & another will be Moto Z Play with higher mid range specs.