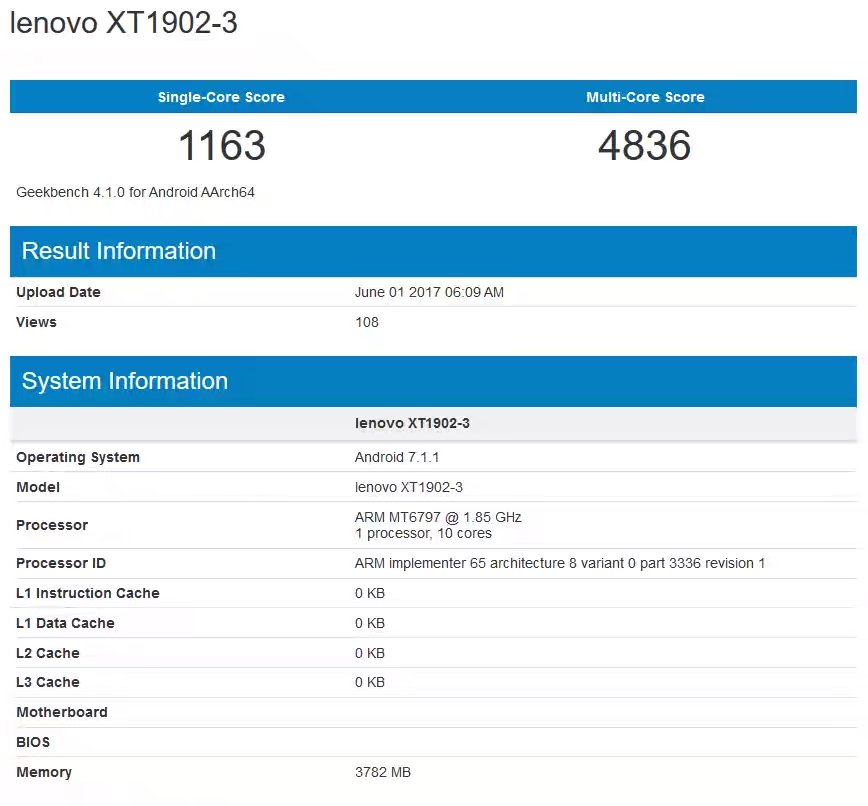 Ok so if we take a look at the previous phones from Lenovo, it is very much​clear that the XT series of smartphones come under the Motorola brand which is owned by Lenovo. And according to the model number and chipset used, it is speculated to be the Moto M2. The Moto M2 will be the successor to Moto M which was introduced last year but didn’t get any good response.

Now if we talk about the Geekbench listing, it is clearly stated that the Moto M2 comes ​with 4GB of RAM in it. The smartphone comes equipped with 1.85GHz Deca-Core MediaTek Helio P20 chipset. Android Nougat 7.1.1 is the operating system used in Moto M2. The single core score for Moto M2 is 1164 whereas the multi core score is 4836.