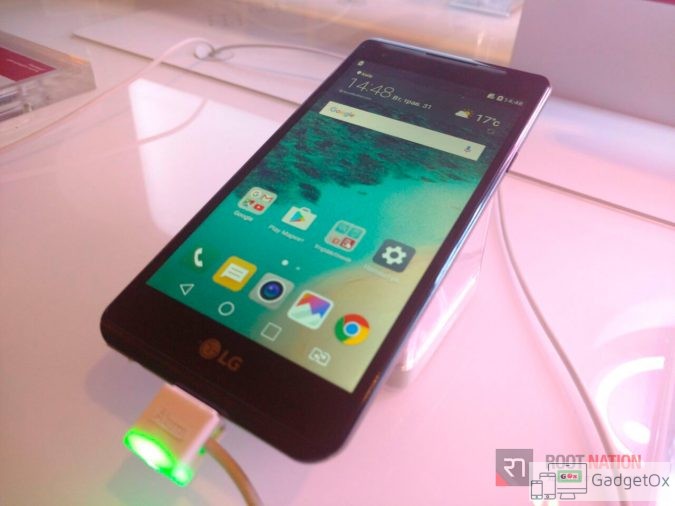 LG has announced a new series of devices in Ukraine. The first device in the new X seiries is called as the LG X Power while the second device is called LG X Style.

The LG X Style is nothing but a younger sister of the LG X Power device. It is having a 5-inch HD (1280x720p) display. But the things that set it apart from the LG X Power is it”s processor. The LG X Style is having a quad core 64-bit Qualcomm Snapdragon 410 processor which is equivalent to the MediaTek Mt 6735 one.  Other hardware includes 1.5GB of RAM & 16GB of internal storage which can be expanded via a Micro SD card. There is 8MP of camera on the back side while on the front you get an 8MP shooter for selfie lovers. The LG X Style is having a quite smaller 2100mAh battery compared to the 4100mah of LG X Style but that seems to be ok considering the naming of these two devices. it’s obvious that the ‘Power’ variant will obviously be having more powerful battery inside it.

the LG X Style is launched in Ukraine in Black & White color variants for a price of  4500 hryvnia($180). There is no word on global roll out of the device.