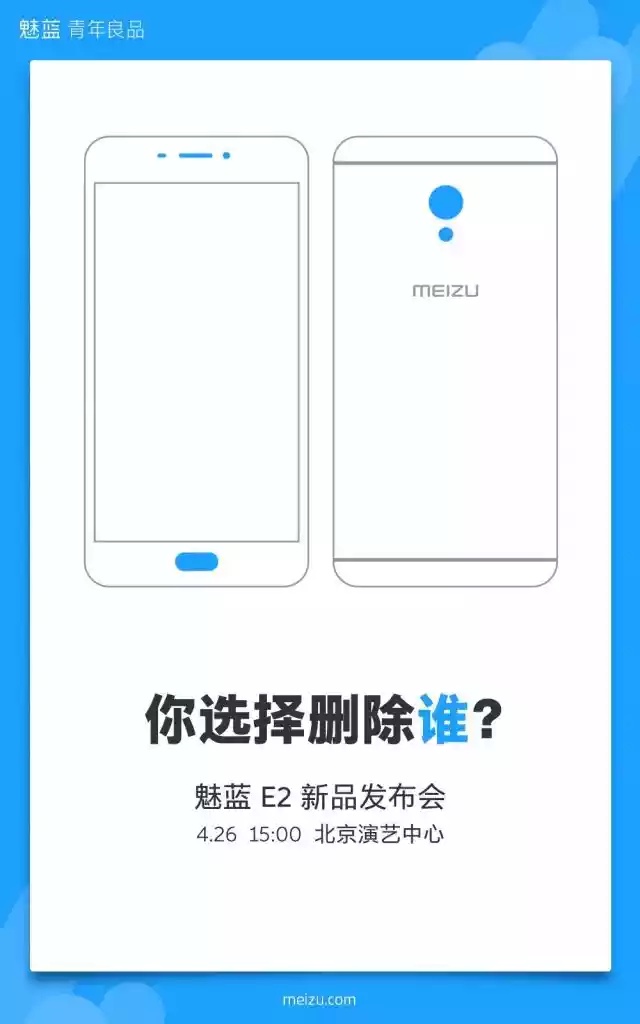 The company is holding 26th April event to launch it’s upcoming budget smartphone as Meizu E2.  We have already seen some leaks about the Meizu E2.

In terms of specifications, the Meizu E2 comes with 5.2-inch HD (1280x720p) display on the front. There are strange 2GB/3GB and 4GB RAM options for the Meizu E2. Storage options include 16GB/32GB and 64GB for the three different RAM variants. It has got an Octa-Core 1.3GHz processor and most probably MediaTek one.

It has got a 13MP of main camera sensor on the back with LED flash. There is a 5MP camera on the front.