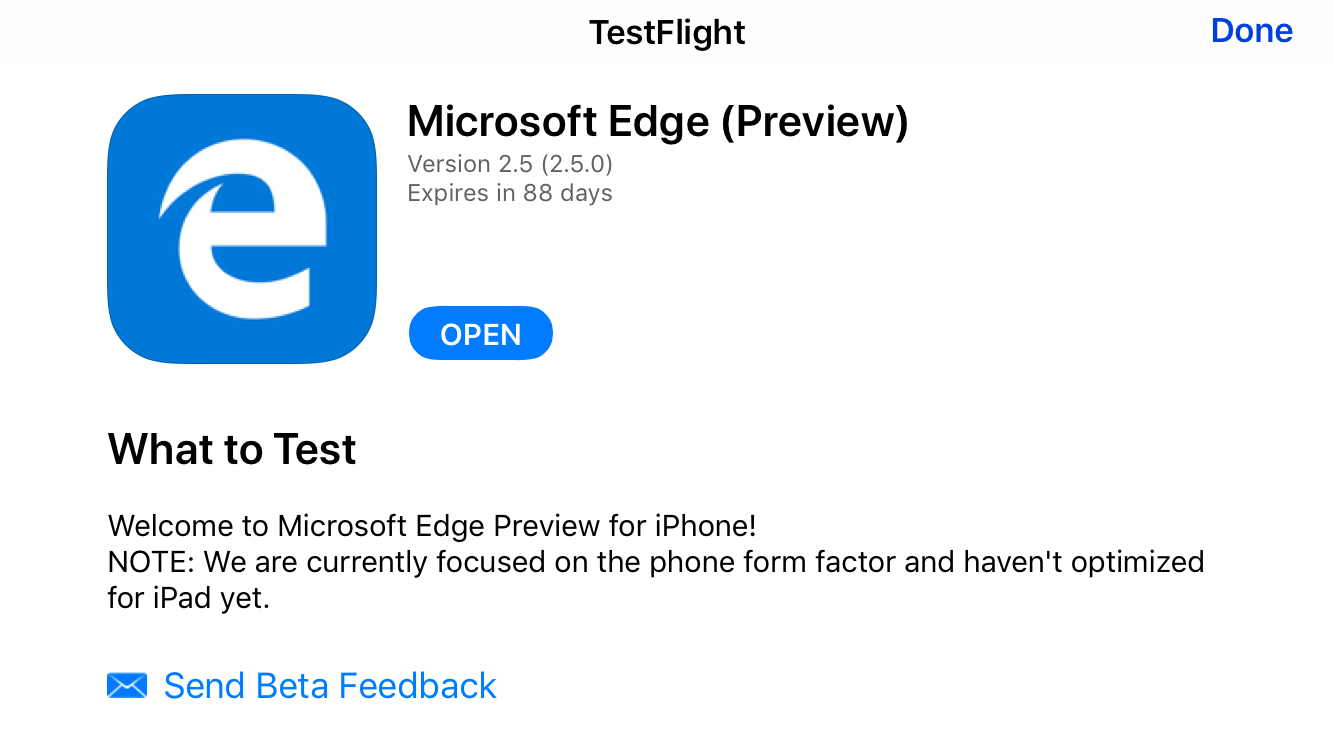 Microsoft has already announced the availability of Microsoft Edge browser on Android and iOS platforms. The app was available for developers who have signed in for beta testing on iOS platform.

Now Microsoft has made it available to public via the beta testing. Just to bring your attention, application beta testing is done using the TestFlight app in the App Store. Now we have received the invitation link for Microsoft Edge browser on iOS. The app comes with version number 2.5.0 for this build which is currently in preview. The app release date is listed to be 12th October. The app size is mentioned to be 67.8 Mab which isn’t too big considering the long app size in iOS platform.

Compatibility : Requires iOS 9 and above