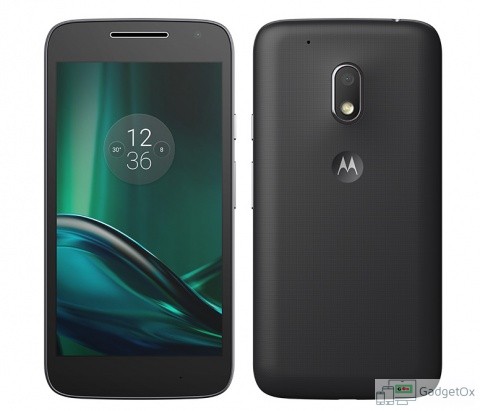 today Motorola announced two devices in India called the Moto G4 & Moto G4 Plus.  But the company didn’t announce the price of the Moto G4 & said that the Moto G4 will be available in next month.

But now if you head over to the Motorola USA website, it has a new device listed there called as the Moto G Play. The Moto G Play is rather a smaller variant of Moto G device. it is even smaller than the Moto G 3rd Gen. Seems like the company is going to discontinue the Moto E lineup as the specs of Moto G play looks like it to be the Moto E(2016). The Moto g Play is having a 5-inch HD display with 720p resolution. It is having a quad-core Qualcomm Snapdragon 410 processor which is quite old 7 in teh GPU department, we have the Adreno 306. There is 2GB of RAM & 16GB of internal storage which can be expanded via a Micro SD card. There is 8MP camera on the rear while 5Mp camera on the front side.

The Moto G Play is released in Black & White color options. The company hasn’t announced any details about the pricing of this device. The new Moto G Play will be available for purchase starting Mid-Summer 2016.