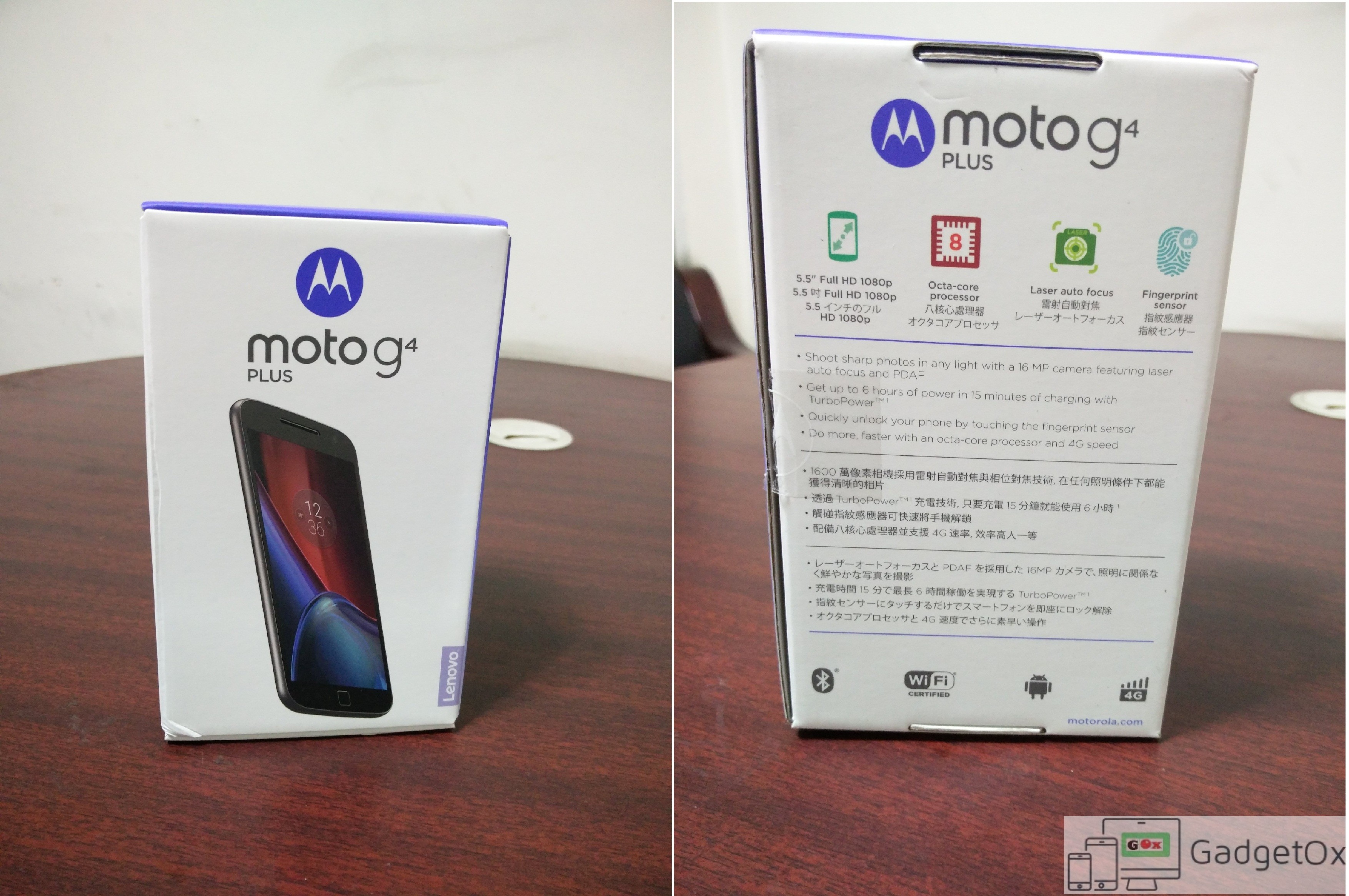 Lenovo launched the 4th generation of Moto G device with two variants at an event in New Delhi. These two devices were the Moto G4 & Moto G4 Plus. There was another device which was announced on the company’s website later called as Moto G4 Style. Currently the Moto G4 Plus is the only variant available for purchase in the country for a price of Rs. 13499 for the basic 2GB+16GB model while there is a variant with 3GB+32GB of internal storage.So now we have got the device in our hands for the unboxing & hands on review.

When you get the box of the Moto G4 Plus in your hands, it feels very common & made of simple or cheap material. there is no premium look you’ll get in the box. So let’s just move & see what we get inside the box.

Design is similar to what you would expect from Moto G series but this year we are getting some major changes in the design.

The Moto G4 Plus comes with metal frame around it.  On the front it having nothing but just the home screen with Gorilla Glass on top of it. There is a fingerprint scanner at the bottom side of home screen & there is a microphone just aside it.

now if we take a look at the back side of the device, it having the 16MP in the middle of Laser focus & dual LED flash. The whole camera module is also changed this time & looks better.

On the top, we get the standard 3.5mm headphone jack for music & earphones.

The bottom of the Moto G4 Plus is having Micro USB port for charging & data syncing with other devices such as a laptop.

At the right side of the phone, we have the Power & Volume rocker keys. The keys are made of metal & having a unique design which provides a better grip.

If you take a look at the left side of the device,  you’ll find that there’e nothing at the left.

There is feature called Moto Display available in the new Moto G4 Plus.

Note- This is the storage details for the 2GB+16GB variant.

Now if we talk about the free RAM in the Moto G4 Plus on the first boot, it is actually 1.0GB while the rest 818MB  is used by the system & some apps.