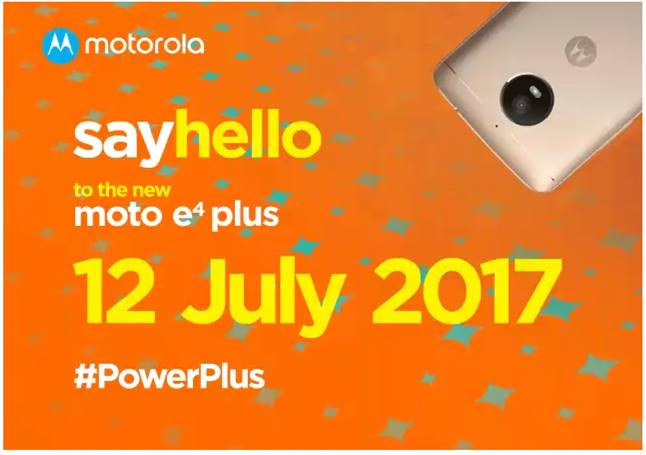 Motorola is working on many new phones and some of them are officially introduced by the company. The latest one that we are talking about is Moto E4 series.

The Motorola Moto E4 will come in Gold, Blue and Lunar Grey colors. Pricing and availability details will be announced on 12th July event.