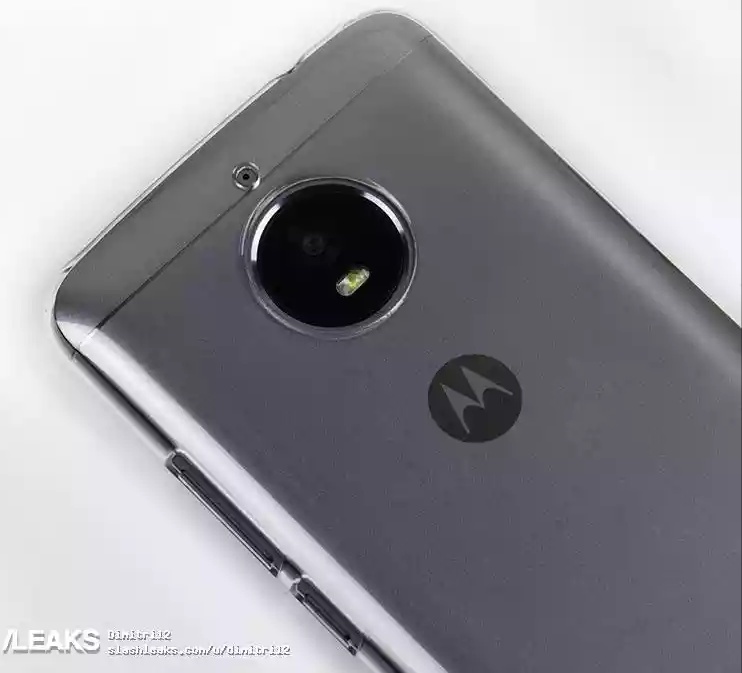 Now we have some real life images of the upcoming Motorola Moto E4 Plus smartphone. The Moto E4 Plus has now been leaked online with a protective case on it. The case used is the transparent one and clearly shows the dark grey colour of Moto E4 Plus.

If we talk about the device, it comes with a fingerprint scanner on the front, same as the Moto G5 series. The standard 3.5mm headphone jack is present at the top. At the bottom, we have the primary microphone and speaker grills. The micro USB port is sitting in between these​ two. Right side takes power and volume control buttons in the Moto E4 Plus. The back has a design inspired by the Motorola Moto G5 series. The camera module is similar to Moto G5 series and antenna bands get a little design change and more traditional. The camera module seems to have got a circular metallic rim. Above the main camera, we have​secondary microphone for noise cancellation. The famous Motorola Batwing logo is present just below the camera.