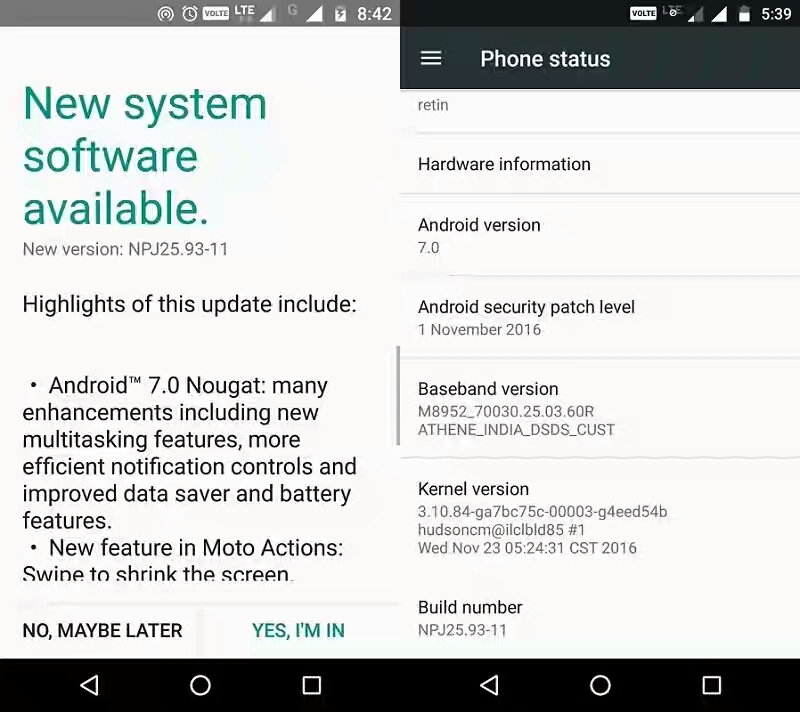 Motorola India has quietly started pushing the Android Nougat update to the Motorola Moto G4 and Moto G4 Plus smartphones in India.

The Motorolar Moto G4 and G4 Plus both were introduced eith Android Marshmallow 6.0.1 as base OS. All the Motorola devices come with pure stock Android experience with a little modifications. So it becomes easy for Motorola fo provide thr Android updates very soon after the launch.

Note some users in India are reporting getting the Android Nougat update in their Motorola Moto G4 and Moto G4 Plus devices. Some new features that Android Nougat brings are like multi window support, enhanced doze mode, redesigned quick settings pane, improved settings app, new Unicode 9 emojis and much more.